Apple fans are counting down the days until the hotly anticipated iPhone 5 makes its debut just in time for fall. We decode the iPhone rumors on everything from its release date to suspected new features.

Related story Amazon Is Having A Major Sale on OtterBox Products — & You Can Get a New Phone Case for 48% Off
The iPhone 5 is coming! 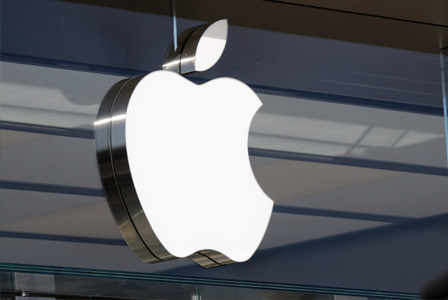 Apple’s iPhone 5 is set for a release date of Sept. 21, 2012, with a preorder date of Sept. 12, 2012. The mid-September date comes from the extremely credible website TechCrunch that says an inside source at Verizon told the technology site all Verizon employees are forbidden from taking vacations from Sept. 21 to Sept. 30 — likely due to mass volume of expected iPhone 5 preorders. Popular blog iMore.com also cites Sept. 21 as the release date for the iPhone 5 from separate sources “who have proven accurate in the past.” Even the Wall Street Journal supports the mid-September release date. However, it is important to note that Apple has yet to confirm a preorder or release date for its widely successful iPhone.

Just what can your iPhone do? >>

Fans of Apple and current users of its iPhone should be excited at the total design overhaul expected for the iPhone 5. The DailyMail claims to have pictures of an iPhone 5 prototype, which show a much larger screen, thinner body and smaller dock connector. While credible sources can’t confirm the pictures are legitimate, those upgraded features are highly anticipated for the iPhone 5. CNET states Apple was awarded a patent in August 2012 for “new LCD screen technology,” which would allow touch features to be integrated with the screen itself on the iPhone 5. Right now, users interact with the touch features on top of the screen. If Apple’s new patent technology makes it into the iPhone 5, users will experience a thinner, brighter touchscreen touted as “touchscreen liquid crystal display” by the patent abstract.

Top iPhone apps to send to college with your teen >>

Thinner with a bigger battery

A thinner but bigger screen isn’t all the new iPhone 5 will showcase. According to CNET, users will likely get a smaller SIM card and bigger battery. A bigger and slightly more powerful battery is said to “account for the 4G LTE capabilities of the new iPhone,” according to CNET. In addition, the iPhone 5 will likely be only 7.6 mm thick — almost 2 mm thinner than the iPhone 4S. Technology site TechRadar says the headphone jack will be moved to the side of the phone and the camera will be located on the top-center of the iPhone 5’s screen rather than in the top-left corner as in the iPhone 4 and iPhone 4S.

What features do you want see in the new iPhone 5, coming out this September? Share in the comments below!