With the London Summer Games finally here, we’re hosting a gold medal ceremony to honor some of our favorite designers from around the world. France brought us the stylish names of Christian Dior, Coco Chanel and Louis Vuitton who will always hold a place in the fashion games hall of fame, but what other french designers deserve a shiny metal this year? 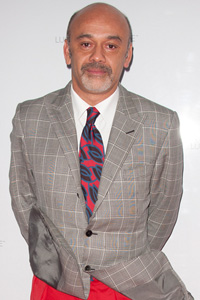 Footwear is his playground and we’re just living in it. His latest challenge was to bring Cinderella’s glass slipper to life and that is exactly what he did, proving once again that he is, simply put, the king of making feet fashionable.

He’s been creating shoes long before the Loubi glass slipper and his inspiration came from a sole desire to create a shoe that would empower women (Thanks Loubi!). His pumps always rock a red bottom to reflect red carpet-worthy style, a place where iconic women constantly define their personal styles. Everyone from Madonna to the Kardashians and Carrie Bradshaw have become part of Louboutin’s world which continues to show us that a classic pump with a smidge of sex appeal can change the way you see your own world. Now, if only Christian Louboutin would create a line of footwear for the budget-conscious girl. We’ll keep dreaming! 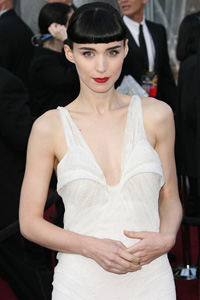 Spotted this year on Rooney Mara, Rihanna and Fergie, Givenchy has still got it. After all, where would we be without the black cocktail dress that Audrey Hepburn made famous in her 1950s film Sabrina? With the help of Hubert de Givenchy, Audrey changed how society defined sexy in the ’50s — the big busts and voluptuous curves that actresses like Marilyn Monroe and Grace Kelly had already made famous got a little taste of Givenchy-meets-Hepburn and the rest was history.

The moral of their story? Don’t try to mold yourself into what the world expects to see. Instead, flaunt your figure no matter what shape or size you are and show the world that being yourself is sexy all on its own. 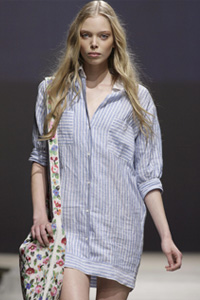 It’s runway style meets street style. As a slightly more modern label, there’s something to say about how their designs work with prints and color. The label was founded by Sophie Albou who also teamed up with Urban Outfitters to create the casual line called Rendez-vous. Paul and Joe began as menswear only, added womenswear about five years later, and now totally rocks at creating feminine pieces using great color palettes and pretty prints with a menswear edge.

The brand also has a beauty line and creates classic accessories that further define their classic style. We can’t wait to see how this label continues to evolve!