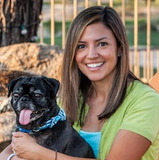 You’ve finally met the tall, dark and handsome prince of your dreams, and, to top it off, he’s a pet lover like you. Now that the stars have aligned what could go wrong? Maybe nothing, maybe everything. Lucky for you, your man’s best friend tells all without even saying a word. Find out what your beau’s pet partner says about him.? 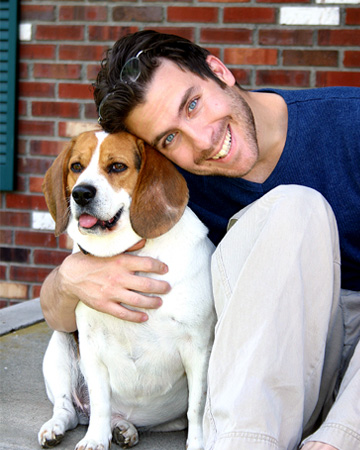 Dog owners know a little something about loyalty. There’s a reason dogs are arguably known as the gateway to parenthood for most couples, as raising a pet is a close second to the real deal. Tending to a canine companion takes time, devotion, compassion and patience, all qualities that only the most loyal of beings can exhibit unconditionally. Not all dog-loving prospects make a perfect match, but if you’re looking for partner who won’t run for the hills at the first sign of commitment, well-trained dog owners are more likely to stand by your side. As for hitting the sack, if your man shares bedtime with Fido you’re bound to find yourself as the third wheel. Don’t walk away with a tail between your legs. Say no to three’s company by establishing an “alone-time” game plan.

The cat’s out of the bag

You’re looking at a man who knows what he “kind-of” wants. Make no mistake, cat-loving men are among the most sensitive and confident pet owners you’ll meet. After all, they do have to put up with the smirks from their macho dog-owning buddies. Sensitive and confident as they may be, they’re simply testing the waters of responsible pet ownership with a seemingly low-maintenance pet. What does that say for your relationship? That’s for you to find out, but one thing’s for sure, get used to taking the backseat in this furry love triangle.

A fish-owning man sees the world through a fishbowl. This pseudo pet makes for a pseudo relationship, one in which the world is his oyster and you’re just another pearl. This self-absorbed type considers fish as worthy of two whole seconds of his time with the majority of it spent picking out chic fish tank trinkets that complement his downtown loft.

Rodents, reptiles and rabbits, oh my!

It’s one thing if Johnny Jr. begs and pleads for a cute cottontail or a super cool snake to impress his friends. If your man owns a rodent, reptile or bunny, chances are he either has a child or is one. Adult men with an affinity for caged creatures have more than a little growing up to do. They may be holding on to the past or an unfulfilled childhood and will require hand holding if you’re willing to stick around.

Who gets the pet after a breakup
Could sleeping with your pet kill you?
How to maximize quality time with your pet