PAWS (which stands for “pets are worth saving”) Chicago is holding its annual Run for Their Lives 8K run/4K walk this year to raise awareness of and prevent pet euthanasia. 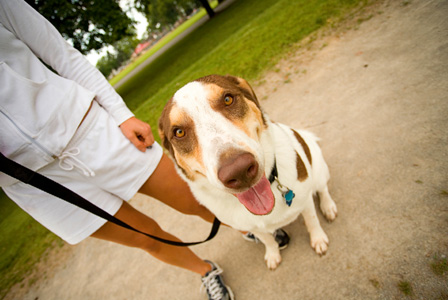 PAWS Chicago is the Midwest’s largest no-kill humane organization dedicated to ending the killing of homeless pets. It is actively focused on finding solutions to pet overpopulation and the subsequent destruction of unwanted pets.

PAWS Chicago was founded in 1997 to bring public awareness to the large numbers of animals being euthanized in the urban area. It believes change will happen when people become aware of what happens to pets that no one wants. PAWS hopes to help make Chicago the largest no-kill city in the U.S.

How it’s making a difference

Since PAWS Chicago began, the number of cats and dogs killed annually has dropped by 60 percent. It has implemented a cage-less adoption center, affording pets dignity and comfort while adopters receive guidance in selecting a new pet. PAWS Chicago boasts the largest free spay/neuter clinic in the nation. This year, PAWS Chicago will spay or neuter more than 18,000 pets. Its community outreach program teaches at-risk youth empathy, compassion and caring for pets, helping reduce the cycle of pet violence.

Join the run/walk to save pets and find out more about PAWS Chicago here.