For a fun weekend getaway, visit the District of Columbia to see historic sites and revitalized neighborhoods, dine in upscale restaurants and cool cafes, shop trendy boutiques and stay in stylish hotels. SheKnows picked a few highlights of things to do and see on your next visit to Washington, D.C. 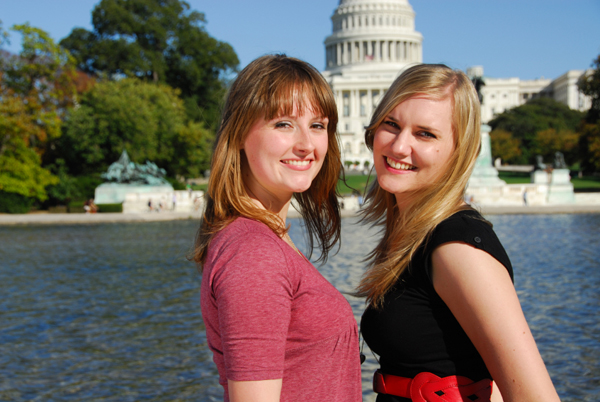 Centrally located in the heart of Dupont Circle, within walking distance to shops and restaurants, the recently renovated Dupont Circle Hotel is a chic, sexy and one-of-a-kind urban hotel. The contemporary and sleekly designed property is home to Level Nine, a 15-suite penthouse floor with its own elevator, concierge and dining options. For brunch or dinner, get an outdoor table at the hotel’s French-bistro, Café Dupont, where the cuisine reflects the European roots of executive chef Silvan Kramer. Dishes like the savory deconstructed Nicoise salad, however, also reveal a devotion to American flavors and a commitment to regional products. To pick up your own fresh produce, on Sundays visitors can check out Dupont Circle’s FreshFarm Market. 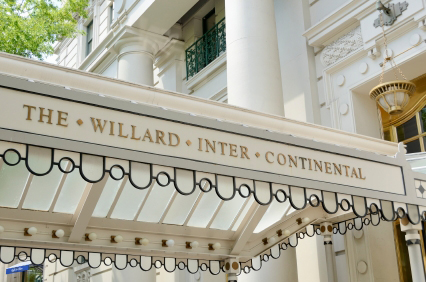 Known as “America’s hotel,” history buffs will love the stately Willard Intercontinental, a landmark hotel a block from the White House. Stepping into the grand lobby of the Willard — with its ornate columns, light fixtures, wood furnishings and original details — is like stepping back in time. The Willard has hosted every president, as a sleeping guest or as a guest at a social function, since Zachary Taylor in 1850. The hotel is also where Dr. Martin Luther King Jr. finalized his famous “I Have a Dream” speech, which he delivered on the steps of the Lincoln Memorial during the March on Washington. Willard guests can walk to the National Mall, where the Martin Luther King Jr. Memorial is the newest monument. For a romantic meal, dine at the hotel’s intimate bistro, Café du Parc.

There are lots of great restaurants in Washington, but don’t miss DC Coast, a mainstay on the Washingtonian foodie scene. Located in the city’s first Art Deco office building, DC Coast boasts a sleek, soaring interior and a stylish bar that is a perpetual downtown hot spot. The modern American menu, by chef and owner Jeff Tunks, showcases the best of our country’s diverse coastal regions — mid-Atlantic, Gulf Coast, and West Coast/Pacific Rim — with a Southern, low-country edge. Standouts include the eatery’s award-winning crab cakes and Chinese-style smoked lobster. 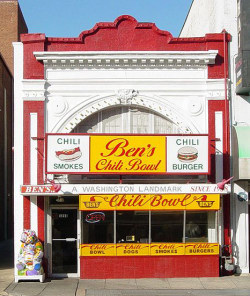 Check out the U Street Corridor starting on 9th and U streets to sample Ethiopian cuisine, shop trendy boutiques, immerse yourself in D.C. nightlife and to have a chili dog at the world famous Ben’s Chili Bowl. Nearby, Busboys and Poets is a cool spot to grab a bite or have a drink while listening to spoken word poetry and music performances. Take the Metro to the U Street stop on the green line.

Although it’s not nearly as big as the Chinatown in New York City and San Francisco, with about 20 Chinese and Asian restaurants, visitors can still find good eats in the District’s Chinatown. You can even watch a chef stretch homemade noodles in the window of Chinatown Express. For more food and entertainment options, check out the surrounding, revitalized Penn Quarter neighborhood for upscale eateries, nightclubs and concerts at the Verizon Center. Take the Metro to the Gallery Place/Chinatown stop on the red, green or yellow line.

Distinguished by quaint cobblestoned streets, tony townhouses and upscale shops, a visit to D.C. wouldn’t be complete without an afternoon stroll in Georgetown. During the summer, visit the revived Georgetown Waterfront Park, where you can set up a picnic lunch, cool off under the water fountain sprinklers, kayak and dip your toes in the Potomac River. Instead of the Metro, for $1 take the red, black and yellow-striped DC Circulator bus, which links cultural, entertainment and business destinations within the city. The Dupont-Georgetown-Rosslyn line runs from the Dupont South metro station to the Rosslyn metro station, with stops along M Street. The Union Station-Georgetown line runs from Union Station to Georgetown via K Street and back to Union Station.

From Memorial Day to Labor Day, listen to a variety of jazz music styles every Friday from 5 p.m. to 8:30 p.m. during the Jazz in the Garden series at the National Gallery of Art Sculpture Garden. Admission is free and guests are invited to purchase food and beverages from the Pavilion Cafe or to bring their own picnics (outside alcoholic beverages are not allowed).

Watch free flicks on Monday nights in July and August, beginning at sunset during the Screen on the Green at the National Mall between 7th and 12th streets. Classic movie selections include Psycho, It Happened One Night and From Here to Eternity.

On select Tuesdays at 8 p.m. through Labor Day, the U.S. Navy Band and Navy Ceremonial Guard perform free Concerts on the Avenue at the Navy Memorial Plaza on Pennsylvania Avenue, NW between 7th Street NW and 9th Street NW.

Bike your way through the city’s historic sites and attractions with Bike and Roll Washington D.C. With the Summer FREEdom Deal, receive one free hour when you buy two hours.