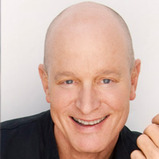 In the aftermath of the Karen Klein video storm, it’s almost impossible to ignore the bullying problem. Sadly, this exhibit is only a teaser-trailer for the kind of tormenting that goes on in our schools every day. Apologies aside, bullying has ramifications that go far beyond the playground. I’ll give you an example.

Related story Are Online Schools the Answer to Bullying? 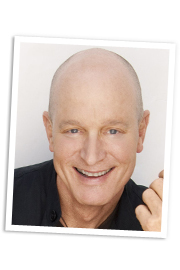 Secrets of the red carpet

In the aftermath of the Karen Klein video storm, it’s almost impossible to ignore the bullying problem. Sadly, this exhibit is only a teaser-trailer for the kind of tormenting that goes on in our schools every day. Apologies aside, bullying has ramifications that go far beyond the playground. I’ll give you an example.

To taunt me, one of my (female) class bullies took to telling me I was fat. She used it as a greeting for several weeks until she moved on to torturing someone else. It was not so easy for me to move on. This experience set up an idea of myself as fat, to the point where this was the result: At the age of 17, I stopped eating for two months. I suppose today we would call it a “cleansing fast,” although I don’t think surviving on Carnation Instant Breakfast and diet soda qualifies.

Eventually I lost (way too much) weight and wrapped up that installment of The Hunger Games. But the idea persisted. I internalize the voice of the Body Bully and for many years it was the authority on my image.

Body Bullies come in many forms. Here are two of the biggies, with some suggestions on how to deal with them. 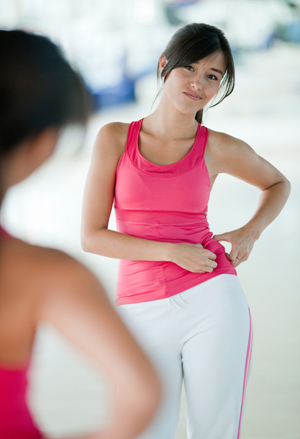 If you’ve ever looked in the mirror or caught your reflection in passing and made a disparaging remark, chances are this is the voice of a Body Bully you’ve been carrying around. We may be years, miles and many income brackets away from the actual taunt, but whatever the source, we’ve let it take up residence and continue to have its say.

Cancel them out! The best way to banish a Historical Body Bully is to take command of their voice. Should you see your reflection and start to hear, “You’re so fat,” say, “Cancel!” This action interrupts the habit of self-slander. Applied consistently, it will pre-empt the remark. The voice of the Body Bully will fade like a receding echo.

From the co-worker who makes fat jokes, to the well-meaning relative who persists in saying, “You’d be so much prettier if you’d just lose ___ pounds,” to the friend/mate/squash partner who wants to know, “When you’re going to do something about your hair,” there are Body Bullies who populate our lives. While they might be unavoidable, it doesn’t mean we just have to take it.

Take direct action! It’s almost a universal truth that when you confront a bully, they back down. Let them know what effect their actions are having and that it’s unacceptable for it to continue. This can be daunting at first, but with a little practice, you’ll become quite good at it.

Here are some start-ups to put in your repertoire:

Keep the focus on yourself and keep it current. Respond to something that is happening now. Dredging up past offenses will only murk things up. Be patient and be prepared to have to repeat yourself.

As for the guy making fat jokes in the workplace, let him know it’s not acceptable. If it continues, go to your boss. If he’s your boss, there’s always HR.

Shoes, shoes and did I say, “Shoes!!!” Join me tomorrow for the Season Finale of Secrets of the Red Carpet: Style from the Inside-Out. It’s going to be a Shoe-straveganza!!! Saturday, 6/30 at Noon PST here.

Today, Luke’s chatting with Amber Valdez from Beverly Hills Nanny, and dishing on bullying and forgiveness.

Luke Reichle’s Secrets of the Red Carpet — Bullying and Forgiveness
Today, Luke’s chatting with Amber Valdez from Beverly Hills Nanny, and dishing on bullying and forgiveness.

Must-Have Automatic Pet Feeders for Your Dog and Cat

Silky Luxury Sheets That Are Worth Splurging On