Cancer doesn’t only affect humans, but also our furry best friends. Put on your walking shoes for this great cause and support the Animal Cancer Foundation! 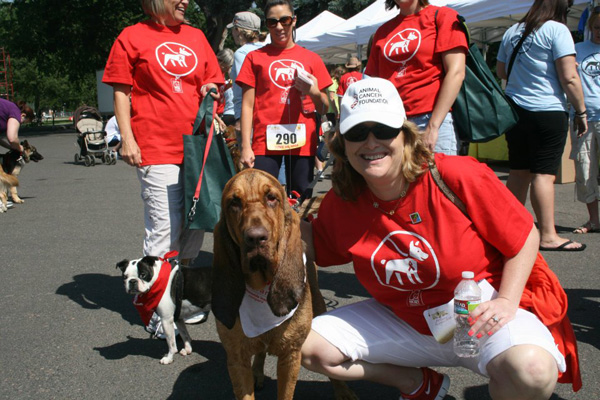 The Animal Cancer Foundation (ACF) develops and supports research that advances the prevention and treatment of cancer for people and pets. Specifically, comparative oncology, the study of cancers that occur similarly in both pets and humans, is the focus of ACF.

The Animal Cancer Foundation was started by Dr. Gerald S. Post, a distinguished veterinary oncologist, in 1999 with funds he had been receiving from grateful pet owners. He used the donations to begin projects that would benefit animals in the future. As the number and size of gifts increased, he formalized his vision by creating the Animal Cancer Foundation so that many hundreds of thousands of animals would benefit. As the foundation has evolved, so also has the collaboration of veterinary and human oncologists as they work to discover more effective and less toxic treatments that will decrease cancer-related mortality in people and pets.

How it’s making a difference

Since humans and people frequently develop spontaneous cancer and share many of the same environmental and fundamental genetics that lead to cancer, comparative oncology is confirming that our domestic pets — rather than laboratory animals such as mice and rats — are true models for human cancer. Since animals better tolerate many of the modern cancer treatments, such as chemotherapy and radiation, a pet may qualify for a clinical trial that could save or extend its life. New therapies, initially developed to benefit pets, may ultimately lead to improvements in the prevention and treatment of human cancer.