With websites like Etsy and Pinterest, crafting has taken on a whole new meaning. The world of crafting is no longer about collecting Popsicle sticks or busting out the finger paints. 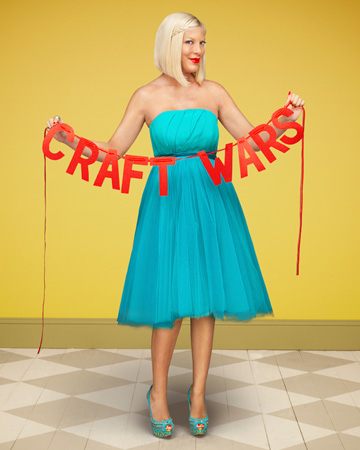 It’s getting serious, as TLC shows us in their brand new series Craft Wars.

TLC’s new hit Craft Wars hosted by Tori Spelling takes three expert crafters and puts them head to head in a competition where they have to create assigned craft projects in a short and monitored amount of time. With access to every craft supply you could hope for and armed with a keen sense of imagination, anything goes when the whistle blows. A panel of three judges, including Stephen Brown, founder of Glitterville, Erica Domesek, author of P.S. – I made this…, and Jo Pearson, creative expert for Michaels, decides who takes home the coveted prize.

Each week will showcase three new crafters. One will be eliminated in the first round and two will go on to compete for the $10,000 prize. We had high expectations for the premiere (we love Tori Spelling!), and it delivered. It was fun to watch the contestants’ creative prowess thrive as they scrambled to come up with cool, well-made items that would wow the judges.

In the first round, called the “Pop Craft,” the contestants had to create gym bags out of sports equipment such as cheerleader outfits, footballs and tennis rackets.

What did you think?

While contestant Christy Tomlinson’s gym bag was colorful and had a nice shape to it, it was a little floppy and her ballet shoe pocket wasn’t exactly practical. We really liked the chevron fabric she chose and the ribbon bows, though. 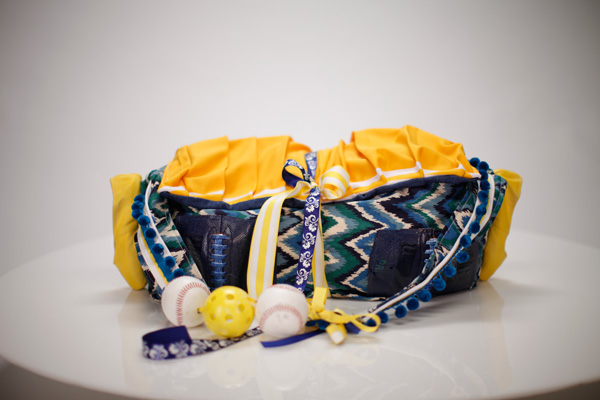 We thought Traci Remley‘s cheery backpack was very clever. Who else would have thought to use the tennis racket for the bottom of the bag as a breathable solution to stinky gym wear? While she glued the racket on rather than sewing it, we still were disappointed that she was eliminated in the first round because of this. 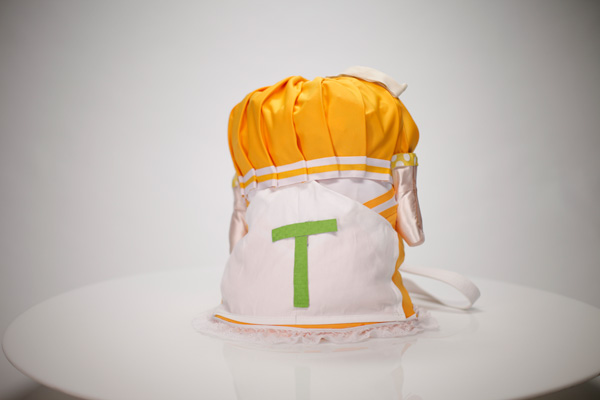 Cheryl Burchett sure has an eye for style and hers was our favorite duffel aesthetically. We would totally carry this bag around. The issue was that she didn’t finish sewing the stripes on the back of the bag. It didn’t matter though. The judges liked it enough to keep her around. 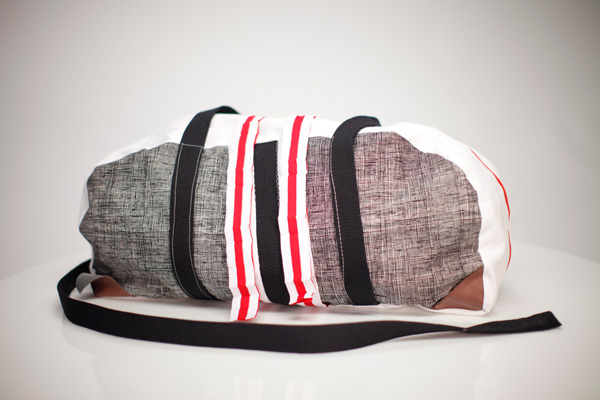 Christy and Cheryl moved on to round two where they had to build a playhouse in five hours using school supplies, including notebooks, pencils and rulers.

Christy’s playhouse was inspired by a school bus, complete with wheels and all. She covered the outside in decoupage and used a variety of materials to make the interior a truly interactive play space including chalkboard paint. 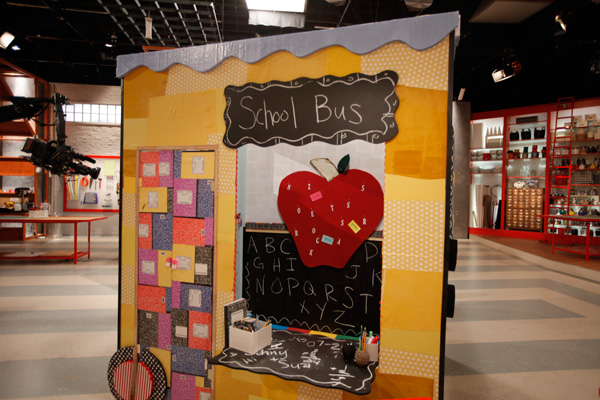 Cheryl opted to make a small red schoolhouse. It was beautifully made with fine detailing, like window shutters made out of rulers and window boxes of pencils. But she fell short in making a play area for kids on the inside. She simply hung up a few backpacks and overlooked the fact that the kids would want something to play with. 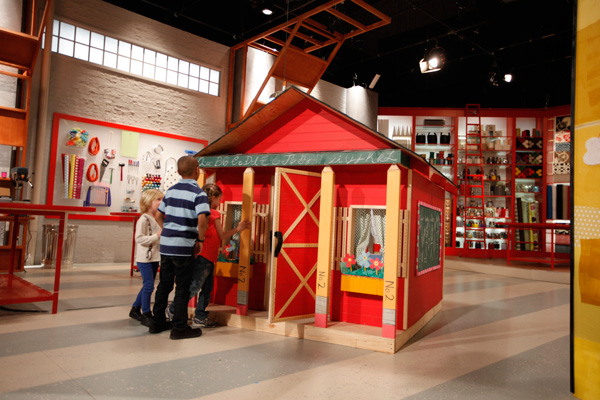 The judges were torn. Should the well-crafted schoolhouse win? Or the fun, interactive school bus? In the end Cheryl’s schoolhouse won out, and she took home the coveted $10,000 prize.