Jennifer Westfeldt sits down with us to discuss the DVD release of Friends With Kids, her obsession with Kristen Wiig and the celeb closet she’d love to steal. 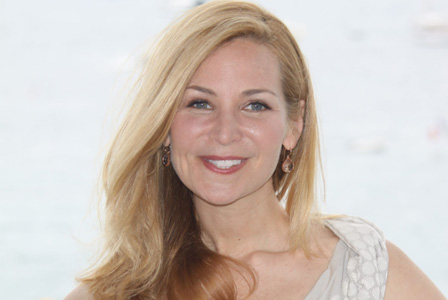 After writing, directing, producing and starring in Friends With Kids, we thought there was nothing Jennifer Westfeldt couldn’t do — until we talked beauty and fashion. Now she can officially add stylist to her resume.

Read on to find out more from “Mrs. Jon Hamm” — we know, we’re jealous he’s taken too. 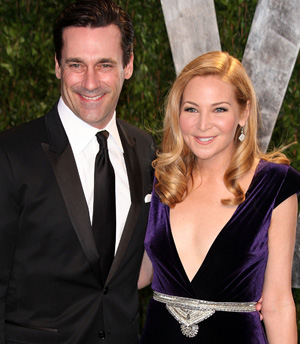 SheKnows: Do you have an everyday beauty routine?

Westfeldt: I wish I had a routine! I feel as if I’m always in search of one. I’m always running out the door and am so busy, so I never quite develop one. However, I do try to get a really good, deep cleaning facial once or twice a year.

SheKnows: What’s the one beauty item you can’t live without?

Westfeldt: SPF! No matter what, I always have SPF 40 on!

SheKnows: What are your go-to fashion brands? 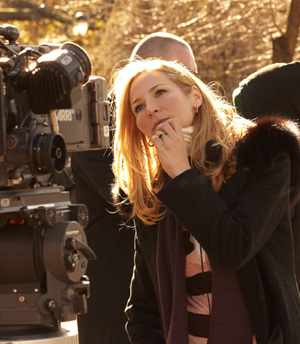 SheKnows: What celebrity’s closet would you most like to steal?

SheKnows: OK, now onto your film… How did you decide on the cast? Did you have anyone in mind when you wrote the script?

Westfeldt: Ironically, the day I finished the first draft of the script, Jon and I invited some of our close actor friends over for dinner, and we did a cold reading. Adam Scott came because we’ve been friends with him for 15 years and read the role of Jason. He was truly amazing. We cast Kristen [Wiig] shortly after — before she even started shooting Bridesmaids. The more dramatic role of Missy was much different from what we were used to seeing with her genius comedy — so it was a great fit to be able to see all sides of her talent. 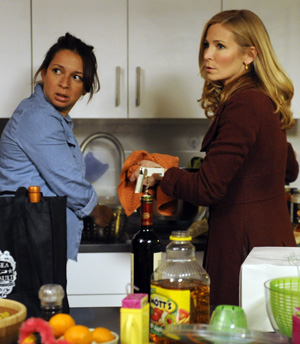 SheKnows: What was your favorite part about working with Kristen Wiig and Maya Rudolph on set?

Westfeldt: They both come from comedy and SNL, so they had the best energy and game on set. It felt like we were at summer camp all the time!

SheKnows: Did the film inspire you to want kids of your own?

Westfeldt: Jon and I have so many amazing kids in our life through our friends — we haven’t made the decision if that’s in our future yet!

Don’t forget to pick up a copy Friends With Kids on Blu-Ray and DVD July 17.