If you’ve never watched the Tour de France, you’ve been missing out! Cycling is an underrated sport jam-packed with excitement, strategy and gorgeous scenery. Read on to learn the basics, including cycling terms, key riders and how it all works. 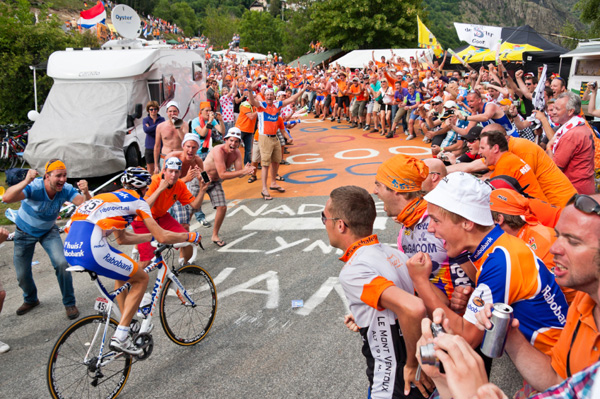 This year marks the 99th Tour de France, a legendary bike race that spans three weeks and several countries. Just watching the race for the views of beautiful countryside can be satisfying enough, but you’ll soon be hooked on the ongoing battle for the yellow jersey. Figuring out exactly what is going on within the race can seem daunting at first, but a quick primer is all you need to be talking like a pro in no time!

The Tour de France consists of 21 racing stages (or days) over three weeks, where 22 teams of nine riders each compete for several classifications. Ultimately an individual rider takes home the yellow jersey as the winner of the race. Throughout the race there will be flat stages with sprint finishes, mountain stages with hundreds of feet of climbing and the final day of the race concluding along the Champs-Élysées in Paris.

There are several different classifications in the Tour de France, each designated by a distinctive jersey for the leader of each classification. All jerseys can change hands throughout the race based on current standings of points and times.

Got cycling fever? Check out this beginner’s guide to cycling >>

Understanding key terms will help keep you in the know as you watch the Tour de France.

This year’s top two favorites for the Tour de France are Cadel Evans, who won last year’s race, and Bradley Wiggins, who recently won the Criterium du Dauphine. Watch for these riders to put on quite a show as they battle toward Paris.