Have you heard about the largest police auction in the country, called Property Room? They take the seized and surplus items from police departments around the country and place them online for the general public to bid. 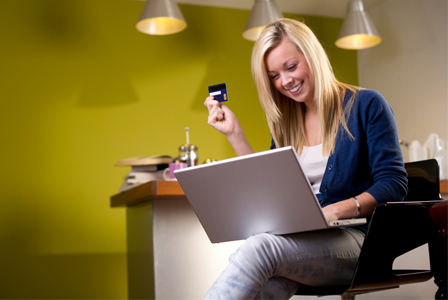 This site is great for finding deals on everything from lawn equipment to iPads and designer fashion items from brands like Ralph Lauren, Coach and Chanel!

For years these auctions have been held live, but now they are finally online. Before Property Room, cities had conducted police auctions the same way for 75 years. Typically in a parking lot on a holiday weekend with the same 20 bidders. In 1999, Tom Lane, a former police detective turned entrepreneur asked, “Why can’t we do this online? Let’s pick up the goods, bring them to a warehouse, test, catalog, photograph and auction them on a website.”

Property Room opened its doors in January 2000 and spent a year building out an auction platform and setting up processing centers. They now boast more than 1.5 million registered shoppers.

The site has partnered with more than 2,800 police departments and municipalities across the country, including Los Angeles and New York City. Bidding starts at $1 with no reserve on most items. Even better, the proceeds from the purchases are returned to the community. To date, communities across the U.S. have benefited from more than $41 million in returned proceeds.

We spoke with Property Room founder Tom Lane who shared the following information in our Q&A:

SheKnows: Which items are most popular?

Lane: Electronics tend to be the most popular category. Apple iPads and iPhones are abundant as well as laptops, flat screen televisions and tablets. There are also several customers who come to Property Room specifically for coins if they’re collectors and jewelry such as watches. What makes Property Room so appealing to customers is that they’re really competing among a relatively small pool of other bidders, so they set the price and the pace of the bidding war — especially when there is a reserve price of $1. We also just confirmed that we are in fact the largest online seller of used bikes in the U.S. (over eBay!).

SheKnows: What is an average bid on the more popular items?

Lane: Here are examples of what we’ve seen average items going for:

SheKnows: Can you tell us about some of the local projects the $41 million has helped fund?

Lane: The money can be used for everything from filling potholes, to cleaning up a community park; it really can go toward anything. A great example is the Long Beach Police purchasing lifesaving equipment. They bought a rescue gun with a flotation device attached to rope that’s designed to save lives if someone is drowning. Last summer, a lifeguard actually made a rescue with that device for a struggling swimmer.

If you’re looking for a frugal-friendly online shopping resource that gives back to the local communities it supports, look no further that Property Room.