It’s not a secret that women are immediately attracted to a man in uniform. What may be a secret is why. They’re just clothes, right? Here we reveal the reasons women love men in uniform, and why every man should have the following hanging in the closet… 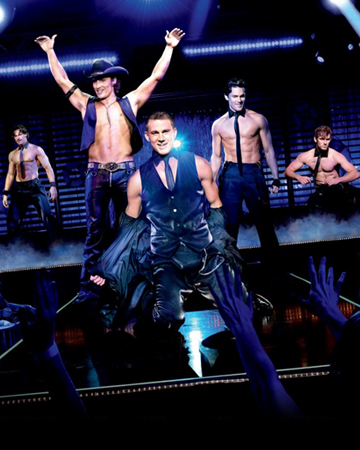 Cowboys are tough. They hoist heavy hay bales, run big equipment, man-handle large animals and always come inside smelling like the outdoors. If a cologne company could bottle the scent of raw masculinity combined with the whiff of sun and summer breezes, they’d push all the other colognes off the shelf. Most cowboys are in excellent shape, just from performing their cowboy duties, so they look hot without having that “I spend all day in the gym, admiring my reflection in the mirror” image. The important thing to remember with the cowboy uniform is to not overdo it. We don’t want tight, high-waisted butt huggers, long dusters or absurdly large cowboy hats. We want a tight white T-shirt, worn Levi’s, broken-in cowboy boots and a reasonably sized cowboy hat is okay, but a baseball hat is fine too. Think Brad Pitt in Thelma and Louise.

A woman will probably never admit it, but we are unconsciously attracted to men that we think will have our backs in a bind. Some might even go so far as to say that every woman wants to be rescued, occasionally. If you are wearing a fireman uniform, the message we are getting from you is, “If you are ever in a fire, I will save your life.” Most of us would just be happy with, “You’re tired. I’ll change the baby’s diaper.” Oddly, this subliminal message does more for a woman’s libido than three rum-and-cokes ever thought of doing.

When we get pulled over by a cop, we have the same reaction we had when we got sent to the principal’s office in grade school. Our heart is pumping, we’re scared and we’re nervous about just how much trouble we are in. This uniform takes the “rescuing” element of the fireman costume and adds a dash of authority. Cops are in charge, and we have little choice but to comply with what they want unless we want to spend the night in jail. And if you don’t think the whole authority/handcuff/boss-me-around thing doesn’t turn some women on, you obviously don’t understand the popularity of Fifty Shades of Grey.

Surprised? Some may not think that being dressed from head to toe in a penguin suit would turn women on. Most of the time that would be right. The number one place women find men irresistible is in a tux at a wedding. Weddings make us emotional. The beautiful bride, the dress, the flowers, the little kids all dressed up, the professing of undying love and devotion all culminates in heightened female emotions. When our eyes fall on half a dozen men in tuxes, it’s just about more than we can bear. The premise of Wedding Crashers wasn’t too far off. Oh, and if we know one of the groomsmen and have never seen how amazing he looks in a tux? Fah-get-about-it.

This should come as no surprise to anyone who has seen A Few Good Men, Top Gun and An Officer and a Gentleman. Men in the military have taken an oath to serve and protect. Now there are two words women can wrap their heads around. Serve us AND protect us? (All you raging feminists can just relax — everyone knows women can serve and protect themselves; sometimes it’s just nice to take a break and let a handsome guy in a uniform do it for you!) Military uniforms project an image of power, which trips a biological trigger in women that is millions of years old. Of course joining the military may be an extreme step for someone who just wants a date Saturday night.