Enjoy live music and the warm summer weather at some of the top summer concert series in the country. Many of these concerts are free and open to the public. Whether you like country, pop or classical music, there’s something for everyone. 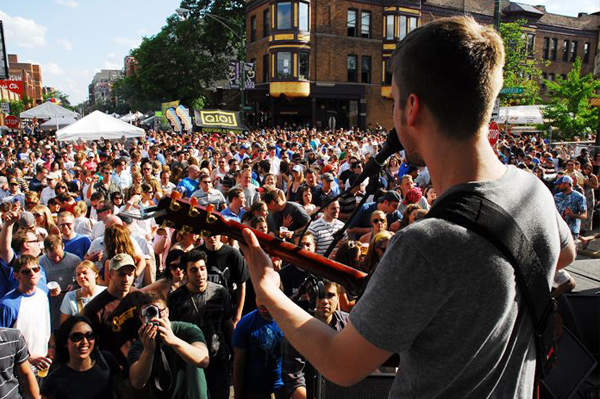 Good Morning America and Pepsi have come together to put on this summer concert series at Rumsey Playfield in New York’s Central Park. The 2012 concert schedule includes performances from Mary J. Blige, Counting Crows, LMFAO, Demi Lovato, No Doubt and more. The free live performances take place on Friday mornings from 7 a.m. to 9 a.m. from May through August. Space is available on a first-come, first-served basis. Learn more about the Good Morning America Summer Concert Series. Also in New York City, check out the River to River Festival in the Financial District.

Summer Season at the Hollywood Bowl

Every June and July some of the country’s biggest music stars play at Universal Studios in Hollywood. If you are visiting Florida, take in one of the performances after spending a day at the popular theme park. You can learn more about this summer concert series and everything else Universal Orlando has to offer at UniversalOrlando.com

If you are in the San Diego area, head to Del Mar to take in a summer concert at the Seaside Stage. The free summer concerts at the Del Mar Summer Concert Series will be held every Friday from mid July to the beginning of September. With the beautiful weather and the ocean as the backdrop, you’ll enjoy both the sights and the sounds at these spectacular summer concerts.

Down south in Woodstock, Georgia, you’ll find the free, family-friendly Woodstock Concert Series. The concerts are held once a month from May through September and no tickets are required. Bring your kids and your lawn chairs, and enjoy an evening of great music and plenty of fun.

Every Wednesday and Sunday, bring your lawn chairs and blankets to Geneva Commons for this fun, free concert series. Enjoy some of the area’s best musical artists and have a fabulous time with your whole family. If you enjoy classical music, then the Grant Park Music Festival in Chicago’s Millennium Park is a must. This is the only free, outdoor classical music series of its kind in the country.

Every Saturday in June and July, you can hear some of Arizona’s top bands performing live at the Kierland Commons Summer Concert Series in Scottsdale. The free concerts take place every Saturday from 7 p.m. to 9 p.m. at Center Plaza.

If you are looking for live music this summer in your area, contact your local parks and recreation department or the chamber of commerce to find out about free concerts at parks, botanical gardens, outdoor auditoriums and other venues.