When you think of the best places to go for the Fourth of July, there’s a good chance Washington, D.C., New York City, Boston and Chicago come to mind. And for good reason. These cities are known for their fireworks and Independence Day celebrations. However, like you, millions of other Americans are also thinking the same thing, causing these places to become a giant tourist trap come July Fourth. Skip the lines and crowds while still enjoying your fireworks and picnics by visiting these lesser-known vacation spots this year. 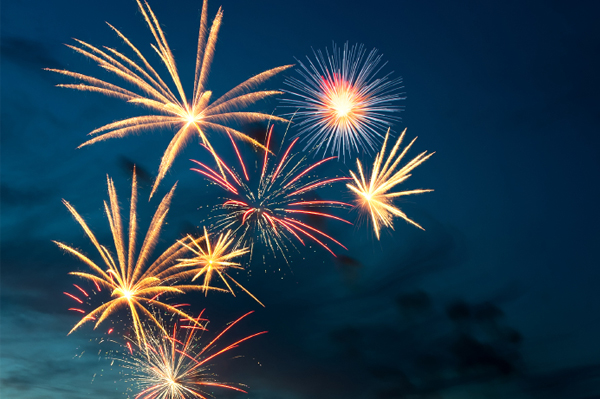 These popular vacation spots don’t see nearly the tourist traffic as the big cities do during the Fourth of July, so you’ll be able to breathe and enjoy your time off with family and friends, not random strangers.

Although it was labeled the No. 20 top place in the U.S. to see fireworks by Away.com, this beach town won’t swell immensely with tourist traffic. Most vacationers who are looking for a big Fourth of July celebration will head three hours north to Washington, D.C., or the hour and 15 minutes to Williamsburg. However, don’t think that means you still can’t enjoy an amazing celebration in Virginia Beach! Each year, the city shoots fireworks from a barge in the harbor off the beach. In addition, there are a series of live concerts, called the Stars and Stripes Explosion, held at different places on the boardwalk throughout the day. You can also take a private cruise along the southern Chesapeake Bay using Premier Charters, which will allow you to see other fireworks displays along the bay, including the Great American Picnic fireworks show in Norfolk.

Voted No. 2 in the best places to go during the Fourth of July by the Weather Channel, this region of cozy, New England towns and islands has amazing fireworks displays and parade celebrations with about half the tourist traffic of larger New England towns like Boston. If you’re in the Cape Cod area, check out the Nauset Beach summer concert series, which begins July 1. In addition, the town of Barnstable will host its annual Fourth of July parade on July 4, kicking off at 4 p.m. It’s the largest on the Cape. If you’re on the island of Nantucket, don’t miss the giant fireworks display at Jetties beach. Before the fireworks even begin, there is a parade along Main Street, along with other family fun festivities, like three-legged races and picnics on the beach. If you want to catch more than just one fireworks display near the Cape and Nantucket, check out Hyline Cruises, where you can cruise around the Cape, to Nantucket and Martha’s Vineyard!

Check out these other historic vacation spots in New England>>

Many people forget that the Virgin Islands are actually a part of the United States, so it’s not a typical Fourth of July hotspot. One of the largest Independence Day celebrations in the Virgin Islands occurs on St. John, the smallest of the three islands. The Fourth festivities tie in with the Carnival, which is a freedom celebration and the biggest festival on the island. The Carnival kicks off at the end of June and culminates on July Fourth with a giant parade and fireworks display. Because July isn’t considered a high tourist time in the islands, airfare is typically much lower than it would be earlier in the year, and you can get hotel deals for nearly half off the winter rates.

Unlike St. Louis, voted the No. 2 place to visit for the Fourth by the Huffington Post, a trip to Kansas City for Independence Day will be just as grand with substantially smaller crowds. One of the top events in Kansas City for the Fourth is the Riverfest, which takes place at Berkley Park on the river and is a two-day family friendly celebration. There’s live music, river sport demonstrations and a brew fest for those onlookers over 21. The fireworks kick off at 10 p.m. In addition to Riverfest, there are other great fireworks displays, parades and festivals near Kansas City, including the Legacy Blast in Lee Park and the Independence fireworks display at the Mormon Visitor’s Center in Independence.