Silicon Valley’s enfants terribles Sean Parker and Shawn Fanning are back with a new web-based chat service, Airtime. What is it — and will it be worth your time? 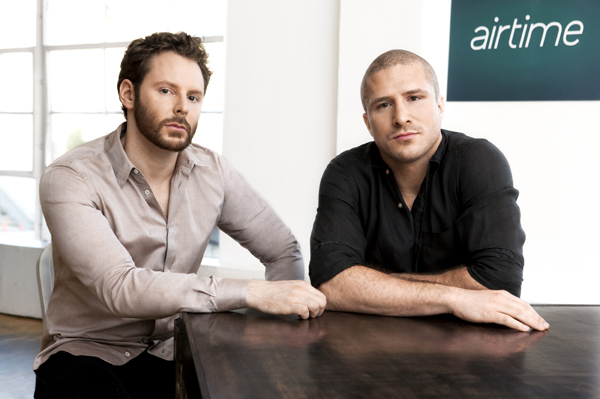 Remember in early 2010 when Chatroulette went live and everyone went on it to show off their naughty bits? Yeah, we do too (and we still have nightmares). Well, that’s exactly what we thought of when we heard about Sean Parker and Shawn Fanning’s newest venture, Airtime, though it’s apparently not like Chatroulette at all.

So, what is it? Airtime is a video chat service (similar to Skype) that is connected to Facebook and can show you when your friends are available for a video conference. Or, it can connect you to strangers who have common friends or the same Facebook Likes as you. The idea isn’t to meet complete randoms; it’s to connect with people you can network and hold actual conversations with.

Airtime also lets you pare down your Likes list so it only connects you to be people interested in, say, web development, instead of everyone who likes the movie Step Brothers. 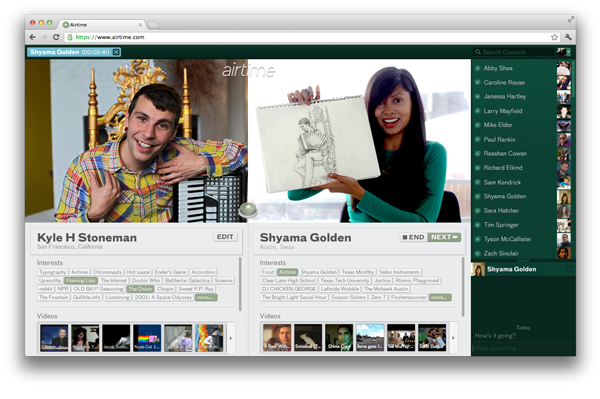 Airtime even has a convert in cynical CNET reporter Rafe Needleman.

“But the moment I fired up Airtime for the first time, an old friend called me and blew me a kiss. Made my morning. Then, a few minutes later, when I pressed the random “Talk to Someone” button, I got connected to Lee Jacobs of the startup Colingo in Brazil,” he wrote in a review Tuesday afternoon. “Airtime told us we were connected through Dave McClure of 500 Startups.”

There are cons to Airtime, of course. For example, it runs on Flash so you can’t use it on the iPad. It’s in-browser, too — meaning you have to keep a window open to get new messages. Oh, and there’s no group chats, yet.

Time will tell if it proves to be successful — Parker has a reputation of ruining a good thing (i.e. cushy Facebook gig) because of his hard partying. Still, he created Napster and is largely credited with widening Facebook’s appeal, so it’ll probably have some success. We just don’t know who has time for more social-media networking with all the Facebook-ing, tweeting and gchats we maintain every day. At some point we have to actually get work done.

Then again, that’s not Airtime’s problem.

Will you try Airtime?

Switching over to Facebook Timeline
Programs that limit your time on social media
Best apps for the iPhone: Diet apps