True Blood is back June 10, and we caught up with one of the stars, Carrie Preston, for her beauty secrets, favorite designers and what’s next for her character, Arlene. 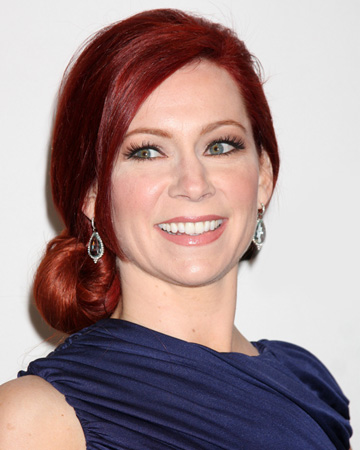 It seems as if no matter how hard we try, we can’t keep our eyes off of True Blood’s unbelievably hot and stylish cast, especially Preston’s fiery supernatural character — who doesn’t want that red hair?

We can’t help but wish to emulate Preston’s sexy on-camera appearance, but what beauty items does she covet most, and what does she wear off-camera? Read on to find out! 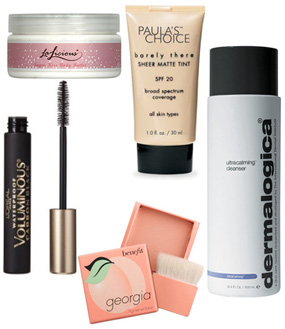 SheKnows: What are the five beauty items you can’t live without?

SheKnows: What’s your skin secret? How do you keep your skin so clear and refreshed?

Preston: I use a lot of fragrance-free cleansing and moisturizing products, such as the ones made by Dermalogica. I drink plenty of water to keep the skin hydrated and always do a thorough cleansing of the face both morning and evening. Plus, I stay out of the sun!

SheKnows: How would you describe your personal style?

Preston: My style is urban-eclectic-funky-sexy-chic.

Sheknows: What can we find you in when you’re not on the red carpet or filming?

SheKnows: Who is your all-time favorite designer?

Preston: Mako Takada, who has designed four gowns for me to wear to the Emmys.

SheKnows: How does your character Arlene’s style differ from your style?

Preston: In every way possible! She sports a sexy silhouette, but her clothing choices are much tackier than I think (I hope) mine are.

SheKnows: What can we expect from Arlene in the next season of True Blood?

Preston: We haven’t seen the last of Patrick, the mysterious figure from Terry’s past.

Preston: That’s What She Said, the feature film I produced and directed, staring Anne Heche. It had its world premiere at Sundance in January and will be released in theatres this fall, so I’m making all preparations for that. I’m also looking forward to filming more episodes of The Good Wife and Person of Interest.

Don’t forget to check out the season five premiere of True Blood June 10 at 9 p.m. EST on HBO.