Looking for a good book to pop in your beach tote? You might want to throw in a cooling spray mist, too. Romance novels are steamier than ever this summer. Here are our top five picks for your sexy summer reading list. 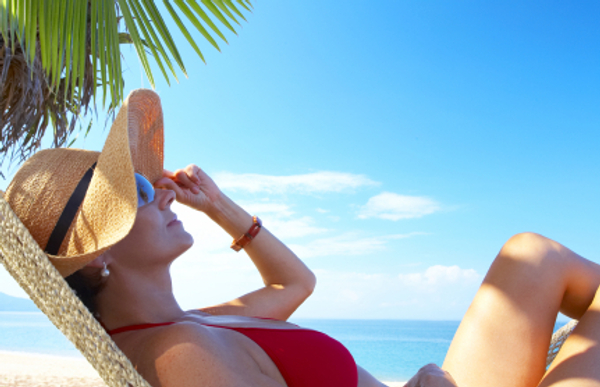 Nora Roberts’ The Last Boyfriend tells the story of three brothers’ working together to open a bed and breakfast in their hometown. Owen Montgomery, the brother running the show, gets sidetracked by the feelings he has for Avery, his childhood girlfriend, who runs the pizza place across the street from the inn. As always, Roberts weaves a tale filled with likeable characters and packed with romance. This is the second in the trilogy of the Inn BoonsBoro Trilogy, with the third book coming out in November 2012.

Danielle Steele knocks out another dramatic love story with Betrayal. You’ll want to clear your calendar — or at least set aside an afternoon — to curl up with this page-turner. Betrayal tells the story of 39-year-old Tallie Jones, a dedicated Hollywood film director whose predictable life starts to unravel as she discovers she’s been betrayed by those closest to her. This one is packed with romance and suspense at every turn.

In Somebody to Love, Kristan Higgins delivers a fast-paced, humorous look at the budding romance between single mom Parker Welles and her father’s advisor, James Cahill. When Parker’s father loses his fortune and heads to prison for insider trading, her life of privilege is turned upside down. Without the cushion of wealth she’s grown accustomed to, Parker pours her efforts into fixing up a crumbling house she inherited from an aunt in Gideon’s Cove, Maine. Along the way, she learns that people (gorgeous lawyers and handymen in particular) aren’t always as they seem.

A passionate one-night stand and a lover’s deception set the stage for a complicated, smoking hot romance between sex shop owner Beth Cantrell and blue-eyed charmer Eric Donovan in Victoria Dahl’s Real Men Will. If you like the escapades of the main characters, check out the other two books in this trilogy, Bad Boys Do and Good Girls Don’t.