Everyone from Beyonce to Scarlett Johansson and Kristen Stewart stepped out in their best fashions at the 2012 Met Gala at the Metropolitan Museum of Art in New York City on Monday night. This year, it seems like everyone got together and decided to wear the craziest couture they could find. The result? Eh.

Don’t get us wrong: We would totally go to the Met Gala in the craziest haute couture gown if we could, but this year’s crop of gala gowns mostly just seemed over-the-top. We were going to do a full best/worst list, but since we can’t completely hate on all the gowns, we’ll just present the looks and let you decide which dresses were hot and which ones were a hot mess. 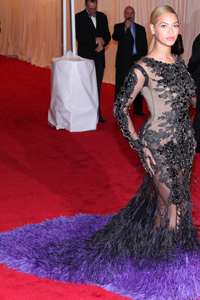 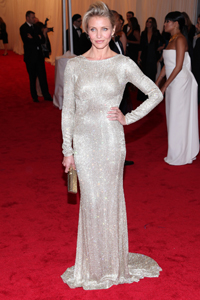 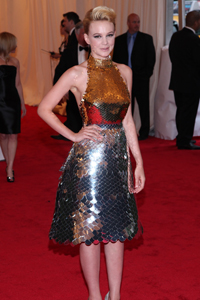 Beyonce managed to steal the show when she showed up ever fashionably late (baby Blue Ivy Carter needs attention, after all!). Her purple and black Givenchy dress by designer Riccardo Tisci hugged every curve — and even showed off a bit of skin.
Cameron Diaz apparently stopped by Ben Stiller’s house on the way to the ball — her hairstyle looks exactly like the one she (accidently) wore in There’s Something About Mary.

Newly married Carey Mulligan looked like a fembot in her silver and gold Prada dress. Is it just us or does it look like a bunch of fish scales? Still, she managed to show off her new wedding ring, too. 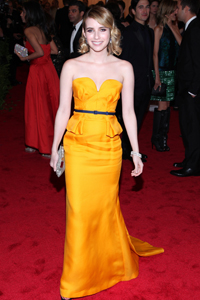 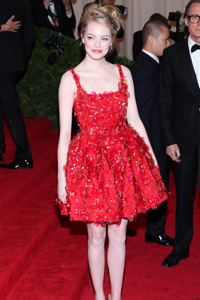 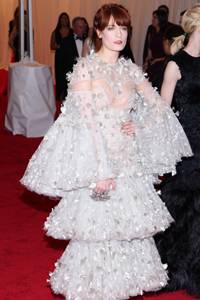 Emma Roberts went safe in her floor-length Escada gown with thin belt. The actress posted pictures of her glam process on her Instagram account before the ball. Emma Stone looked as pretty as a peach in her cherry red custom Lanvin dress. Love the color with her skin tone! As for Florence Welch? Well, we’re not really sure what look she was going for with this Alexander McQueen creation. It kind of reminds us of a bunch of clouds, which is funny because her voice reminds us of heaven. 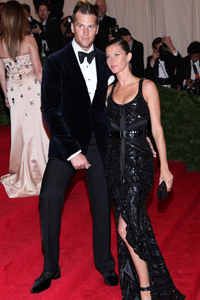 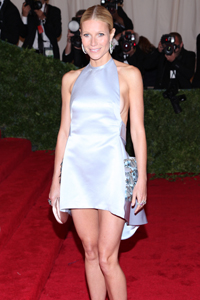 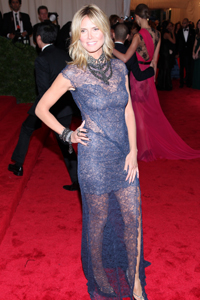 Tom Brady and his lovely Brazilian lady, Gisele Bundchen, stepped onto the red carpet together with a new hairdo (him) and a sparkly black Givenchy Haute Couture gown by Riccardo Tisci (her). Gwyneth Paltrow didn’t want to get upstaged by all the young starlets at the Met Gala, so she opted to show off some side boob in her pale purple Prada dress. Tacky or fashion forward? We vote for the former. Heidi Klum was single and ready to mingle in her purple lace Escada dress. Looking good, mama! 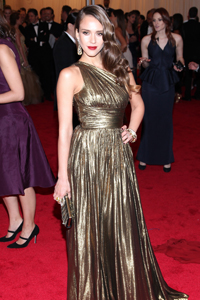 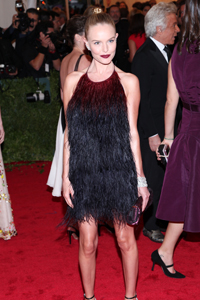 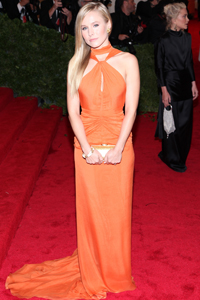 Jessica Alba looked like 20-carat gold in her Grecian-inspired gown by Michael Kors. Kate Bosworth channeled a ’20s flapper in her ombre (and feathered!) gown by Prada. As for Kristen Bell? She looked absolutely miserable in her orange gown by Tommy Hilfiger. 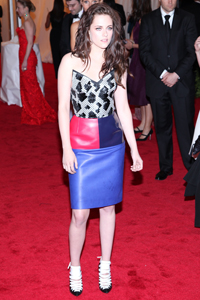 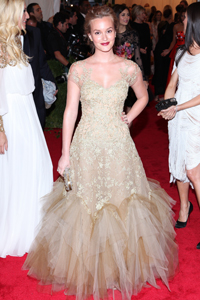 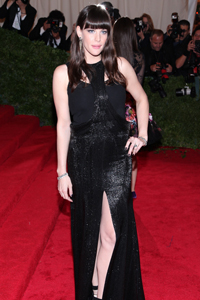 Kristen Stewart was panned by some fashion critics for her ’80s-inspired Balenciaga dress. We loved it, though — it fits her attitude quite nicely. Gossip Girl star Leighton Meester looked like a dream in her gold Marchesa ball gown, but her matchy-matchy hair and makeup made her look all washed out. We would have preferred her in some dark hair and matching dramatic makeup. Liv Tyler did her best Angelina Jolie leg impression in her black Givenchy dress. 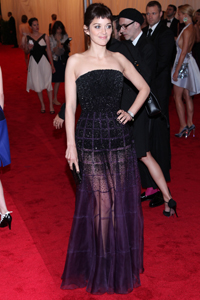 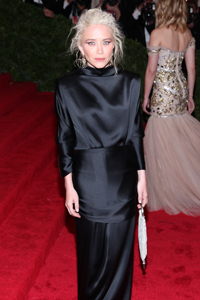 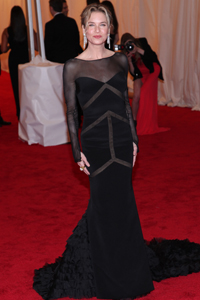 French actress Marion Cotillard looked positively adorable in her black and purple Christian Dior dress with a sheer skirt. Move over, Charlize Theron! Mary-Kate Olsen did her best Evil Queen from Snow White impression in a black dress by her label, The Row, and severe makeup and hair. Stay out of her way, lest you want to get an ice-cold stare down. Renee Zellweger was boring (as usual) in a black Pucci dress. Her body is sick, though. 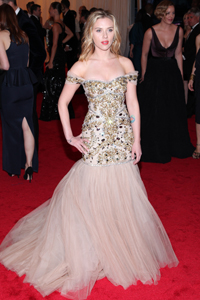 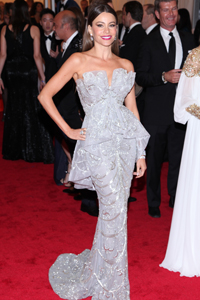 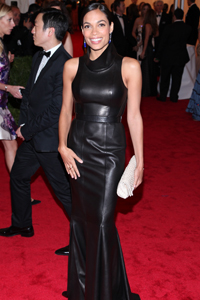 Scarlett Johansson looked positively lovely in her princess dress by Dolce & Gabbana. We love how she kept the hair low-key with such an intricate dress. Sofia Vergara oozed sex — per usual — in her curve-hugging Marchesa gown, while Rosario Dawson looked like a leather princess in her skintight Calvin Klein creation.

Who had the best and worst looks at the 2012 Met Gala?

8 hrs ago
by Summer Cartwright