Not all compact cameras are created equal. If you’re in the market for one, here are some features to look for. 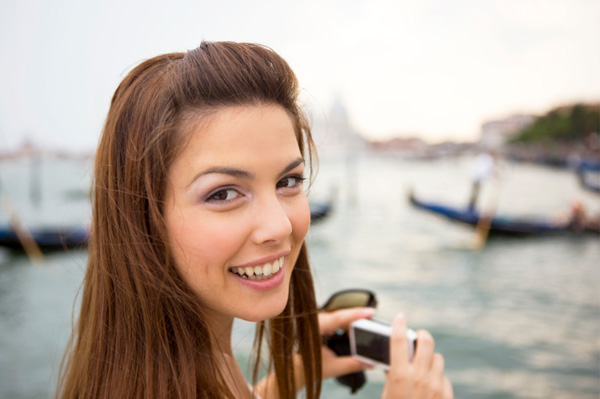 When you look at a new camera, one of the first things the salesperson is going to tell you is how many megapixels the camera has. This number might have been a big deal in the first few years of digital cameras, but it’s not such a hot topic these days. Most digital cameras are at least eight or 10 megapixels and that’s probably all you need. That size of photo leaves enough room for you to crop without losing focus and it’s unlikely that you would enlarge a print any bigger than you can with these sizes of photos. Anything over ten megapixels doesn’t do much other than take up extra space on your memory card.

Check out the Favorite cameras of the mamarazzi >>

The camera may be compact, but the display shouldn’t be. This little screen is where you frame your shots and review pictures, so this is one situation where size really does matter. Look for a screen that’s at least 2.5-inches, but one that’s 3-inches or bigger is even better.

Find out Do I need a waterproof camera? >>

When you’re looking at the screen, size isn’t all you need to consider — sharpness matters, too. A giant screen isn’t any good if the picture is fuzzy. Sharpness on an LCD screen is measured in dots, and the higher the number, the sharper the picture. Look for a screen that’s got at least 230 thousand dots, information that should be listed on the packaging of the camera.

Image stabilization is a hugely helpful feature for any camera to have, compacts included. Camera makers know we don’t all have the steadiest hands and they have created cameras that compensate for our shakiness, creating sharp pictures when we’re far from stable. This is especially helpful when taking pictures indoors or in low-light situations, when the slightest movement often leads to a blurry mess. Most mid- to high-end cameras have this feature, but you’ll find low-priced compacts with it as well, if you look hard enough.

Pretty much all compact cameras are equipped with a zoom, but the standard is usually three-times zoom. Try to find one with five-times zoom, though, so you have a little extra room to manipulate it. If you’re into sports photography, or anything else that requires you to be far away from your subject, look for ten-times zoom. Anything else will add weight and size to your camera, likely removing it from the compact category. If you need to be closer than that, you should be able to crop the photo to make up the difference if your camera is at least eight megapixels.

There’s no use in separately toting around a camera and a video camera when you can purchase a piece that has both. Most cameras are now equipped with video, but look for one that records in HD. It’s a feature that’s becoming more and more common and it makes your video look spectacular, so don’t sell yourself short with a model that can’t hold up.

Check out Advice on shooting video with your point and shoot >>

This fun feature assures you that no one will be left with an out of focus expression when you go back to look at your pictures. It recognizes the faces in your frame and automatically shifts the focus in the photo to them, even if they aren’t front and center.

WiFi is a newer feature that’s not available on many mid-priced compact cameras, but if you can find it, take it! This feature speeds up the uploading process, allowing you to move your pictures to a website by connecting through a WiFi hotspot. No more annoying cables and hard to remove memory cards — you can do it all with a few touches of the screen.

Save money by buying last year’s model. The changes are usually small, but the savings can be huge!