Oops… even celebrities get it wrong sometimes! We’re telling you why Chelsea Handler and Lea Michele’s fashions fell short in our new weekly feature. Learn from the stars’ sartorial slip ups! 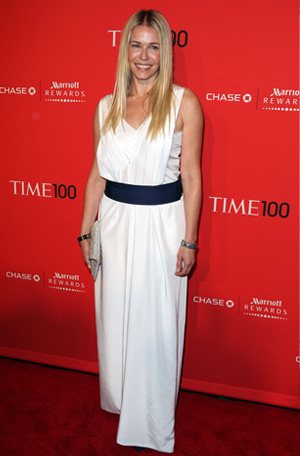 There’s no doubt that Chelsea Handler has a fabulous sense of humor, but we think the E! funnylady’s sense of style needs some work. Chelsea hit the Time 100 Gala in NYC looking like she was headed to a backyard barbeque instead of a black tie, red carpet affair.

We don’t believe that you can only wear white between Memorial Day and Labor Day, but this long white gown isn’t working for her. Although there’s a belt, it isn’t flattering to her figure and makes her look bigger than she actually is. It also feels too casual for the elegant soiree.

And can we talk about her hair? It looks like Chelsea couldn’t be bothered to even get a blowout or hire a hairstylist to tend to her tresses. Straight, undone hair is fine for everyday life, but on the red carpet, this just looks sloppy.

The final verdict? We think Jen Aniston’s BFF needs to step up her style game! Maybe she could borrow Jen’s hairstylist for her next big red carpet outing? 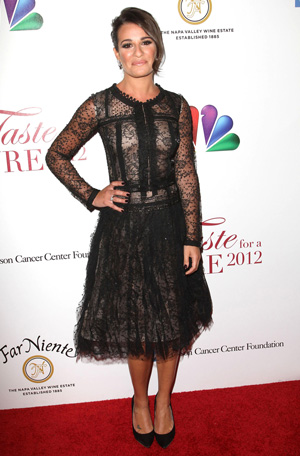 The Glee starlet is usually on our best dressed list, but the ensemble Lea chose for the Taste for the Cure Gala in LA left us lukewarm. Sheer lace is a hot trend, but this dress is less sexy and more senior citizen.

The sleeves and long hemline totally age 25-year-old Lea. It’s also a little busy… with all of the details, there’s no clear focal point and it’s a bit overwhelming.

Unlike Chelsea, at least Lea got her hair styled for the occasion, but this updo makes her look older. We would love to see a more girly, feminine hairdo on her, like soft curls or a sideswept ponytail instead (and we bet her boyfriend Cory Monteith would agree).

The final verdict? This isn’t a total disaster but we know Lea can do much better! She should stick to her signature sexy style.

23 hrs ago
by Kenzie Mastroe