The hottest trend in toys for 2012 is the melding of physical toys with apps for your smartphone or tablet. Let’s take a look at some of these toys that are expected to be very popular this year. 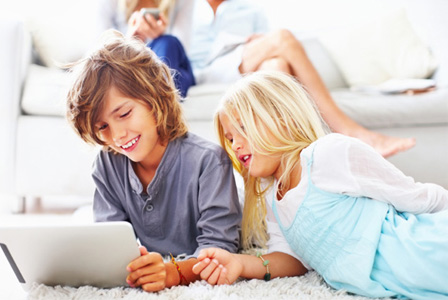 K’NEX is set to release a line of construction toys that are based on Angry Birds — the No. 1 paid app of all time. Kids (and adults) who love Angry Birds will be able to build obstacles from the app, and then knock them down with these building sets. The sets feature the popular Angry Birds characters — Red Bird, Yellow Bird and King Pig — along with launchers and other elements from the game. The sets, which will be priced between $11 and $30, are geared toward children ages 5 and up and will be available in fall 2012.

Read about Angry Birds going to the movies >> 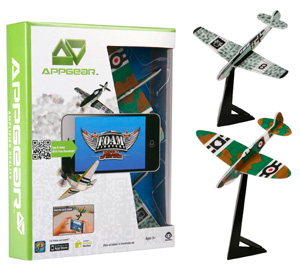 AppGear is a line of free apps for both iOS and Android that interact with physical toys. Each collectible, action figure or playset is paired with its own app that offers an augmented reality game or virtual way to interact with the corresponding toy. Aimed at ages 8 and up, the toys come in various different types — Foam Fighters, Zombie Burbz, Alien Jailbreak and Elite Commandar. Each of the toys has conductive pads on the bottom. To control the action, you use the touch screen on your smartphone to merge augmented reality with real toys. Each of the toys cost between $10 and $20, and the apps are free.

Read about tech gadgets for kids >>

Nukotoys has created a set of collectible Monsterology NUKO trading cards. Kids can play with the cards on their own, but the real fun comes when they are used in conjunction with the free app. Tap the card to the screen of an iPad, iPod Touch or iPhone, and the 3-D mythological creatures appear in the game. The cards feature unicorns, sea serpents and cyclops based on the Ology book series. Kids ages 6 and up will love to collect, trade and play with these cards. They are priced at $2 for a three-pack and $4 for a seven-pack.

Other top trends in toys include musical toys, toys that glow and toys based on movies and TV shows. There is also a resurgence of old-school toys from the 1960s and 1970s.

Read about the importance of play >>