Television superstar and red carpet favorite Eva Longoria sits down with us for an exclusive interview on her favorite designers, on and off camera beauty routine and what’s next for her after the series finale of Desperate Housewives. 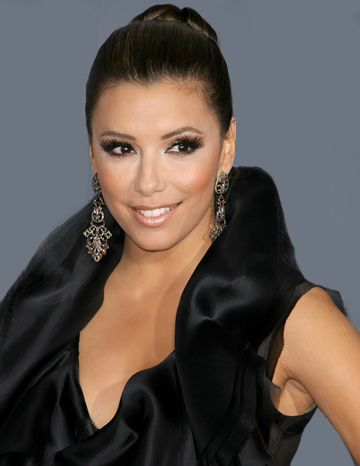 When we think of Eva Longoria, or “Gabrielle Solis,” we think of two things — unbelievably hot with a fiery personality.

Not to our surprise, she is the exact same way in person. This stunning silver screen star is in the middle of promoting her new favorite drink, Pepsi Next, saying goodbye to the beloved Desperate Housewives and starting to film a few new movies. Read on to see why this, shall we say, “television goddess” will always be our favorite housewife. 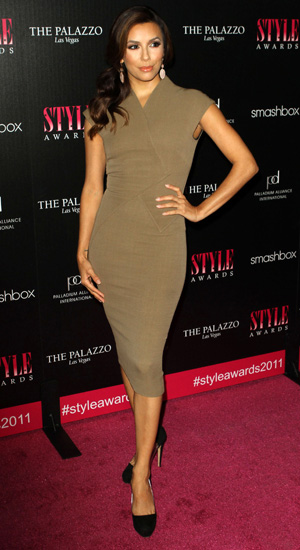 SheKnows: Who have been your favorite designers you’ve worn on the set of Desperate Housewives?

Longoria: Honestly, one of my favorite designers on Desperate Housewives is my yoga wear! It’s called Body Language. Another dress place is called Stopstaring.com. Melanie Griffith actually told me about it. She said, “Eva, it’s so amazing!” It’s like $200 dresses, but all ‘50s and ‘60s-inspired. So Felicity [Huffman] and I went online and our designer pulled a lot of dresses from there.

SheKnows: Who is your favorite designer you’ve worn on the red carpet?

Longoria: My favorite right now is Victoria Beckham. She is doing just amazing things. I actually had to go to Washington the other day and had nothing to wear, so I went to her house at 9 p.m. at night and raided her closet… I needed what I call, “a president’s dress.”

SheKnows: What is your beauty routine both on and off the camera?

Longoria: Well on camera, I have a village that puts me together. “Team Eva.” When I switch to off camera, it’s a tinted moisturizer, mascara and some lip balm. Easy.

SheKnows: Now onto Desperate Housewives. What has been your favorite part about playing Gabby?

Longoria: Her personality, for sure.

SheKnows: What’s next for you now that Desperate Housewives is over?

Longoria: I’m doing this Pepsi Next campaign right now, which has less sugar than regular Pepsi. I also thought it was so ironic because it’s Pepsi Next, and I’m at that point of my life where I’m like, “Eva next”… what’s happening with me? So I’m going to go to Europe for most of the summer and will be starting to film some new movies.

Don’t forget to check out the series finale of Desperate Housewives May 13 at 9 p.m. EST on ABC.