It used to be that you could get a good sense of another person by taking a look around his home or peeking at his Facebook wall. But now, women who are eager to learn more about their significant other (or potential significant other) might want to get a glimpse of his apps and software.

Girls Around Me, one of the creepiest apps ever available, took information that women posted to the location-based social network Foursquare and matched it with their photos and personal details they posted to Facebook. Girls Around Me then plotted that information on a map with the names and faces of those women near the user’s location.

Girls Around Me, which has been downloaded more than 70,000 times, was temporarily pulled from Apple’s iTunes store last week. The developers pulled the app not because it was invasive and creepy, but because Foursquare, its main source of information, cut off their access, thereby rendering Girls Around Me useless.

The developers are hard at work to get their app back on the shelf.

But creepy men needn’t worry — there are other unsavory apps to fill the void. Here are four others that will make your skin crawl:

The developers of this gem explain its benefits this way: “I am a Man will help you with your private life planning. You will know about your girlfriend’s period and her mood. You can plan your dates, evening [sic] and save some money.”

They also go on to list other helpful features, like passwords for each girl and the ability to simply click a girl’s name to call her.

If your significant other uses this app, you’re sure to have some time on your hands while he’s saving some money.

Here are 3 more simple steps to not dating a jerk >> 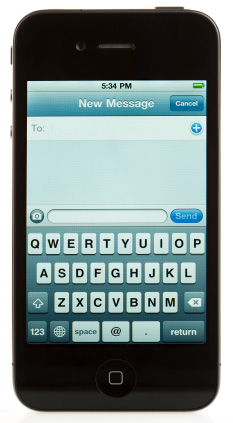 This texting app is marketed as a helpful tool for adulterers. TigerText users can send messages to each other and specify how long each message is viewable, after which time the message is deleted from TigerText’s servers and both the sender’s and the receiver’s phones. Another option this app offers is to have the text message disappear as soon as it has been read, thereby removing evidence of inappropriate messages.

How to flirt with text messaging >>

The makers of False Flesh ask the question “What if you could see what your friends look like naked?” And if your friends don’t interest you, they suggest using images of celebrities or a “stunning coed girl in her swimsuit.”

For just $34.95, you can instantly download this adult image-editing software which will, according to False Flesh, “elegantly eliminate clothing from any photograph and provide you with natural looking nude flesh.”

This desktop application is software that its developers bill as a geolocation information aggregator. Once users download and install this open-source software, they can easily track any user — not just those who follow them back — through their Twitter, Foursquare and Flickr accounts.

Yiannis Kakavas, the programmer who developed the software, explained his intentions to MSNBC’s Bob Sullivan: “I was trying to make a point. … I’m trying to raise awareness among users of social networking platforms that they actually do share a lot of information and this can potentially be used by people with malicious intentions.”

I think it’s fair to say that he’s made his point.

More on apps and software

38 mins ago
by Alicia Kort