It’s the first part of the finale! Who will it be? Will your favorite guy win Project Runway All Stars? Read on as your resident style guy takes you behind the scenes of the final challenge. Ladies, grab a cocktail and strut down the runway with me.

It’s the first part of the finale! Who will it be? Will your favorite guy win Project Runway All Stars? Read on as your resident style guy takes you behind the scenes of the final challenge. Ladies, grab a cocktail and strut down the runway with me.

It’s the big question of the night… who will win? Will it be Mondo, Michael or Austin? I couldn’t be more excited to see which of these fiery (and sometimes loveable) guys will take home the title of “All Star.”

In four days, the designers had to create a mini-collection of five looks to send down the runway for the final judging. This go around, Joanna brought the designers to her office at Marie Claire to really give them advice on what she actually looks for in a collection — so the guys better bring it and design killer and relevant collections. 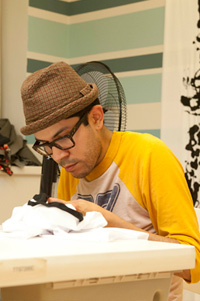 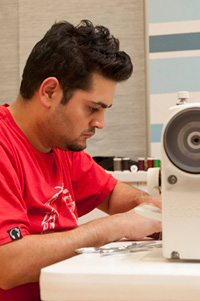 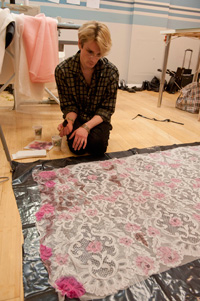 From the start, my gut told me Mondo would take home the big prize because of his consistency throughout the season, but when Austin mentioned he would design a wedding dress for the last look, I thought that could change everything. I mean, Austin is best known for creating gorgeous and flowy gowns.

Mondo really had a struggle in the design stage because of his poor choice in fabric and defeatist attitude… c’mon, Mondo, don’t let the competition and pressure get to you. Design something amazing! His final words before shutting his door to continue to sulk: “I feel dead inside.” Eeks! Mondo then proceeded to lounge on the couch for one of the days and leave the group dinner — he was definitely in “a mood,” but maybe he’ll design something outstanding… let’s hope.

After Mondo’s freak out, Austin decided to bring out the claws when he started critiquing the other designers’ looks, especially when he said. “Michael’s collections only look good on models.” Wohoo! Now all of the claws are coming out.

In true Project Runway form, there had to be a twist. Instead of five looks, the designers now had to create one more piece using some of their discarded fabric from previous designs. Now that’s clever. Even better than that? All of the designers that went home came back to help with the last look. Mondo picked Mila, Austin picked Anthony and Michael picked April. I definitely think Mondo had the upper hand with this look because Mila has excellent execution, and I’ve generally enjoyed her designs in the past.

When Joanna entered the workroom for the final check-in with the designers, I gasped when I saw the start to Austin’s wedding dress. Major glamour! I couldn’t wait until next week’s show to see the final design. I’m definitely counting down until next Thursday.

See you next week for the final runway show!