Our favorite reality TV star and mega celeb stylist, Brad Goreski, drops in to share his favorite childhood memories, life struggles and his inspiring journey to become true fashion royalty while promoting his memoir, BORN TO BE BRAD: My Life and Style, So Far. 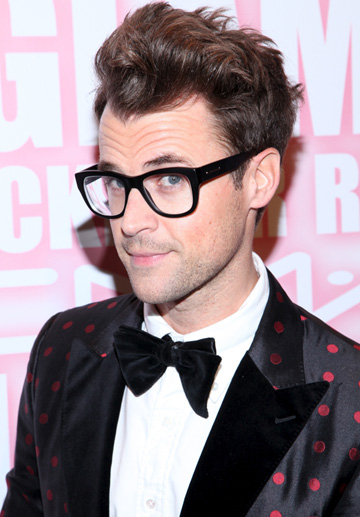 After the finale of his Bravo show It’s a Brad Brad World last week, the fun loving fashion force left us wanting much more. Fortunately for us, Brad’s new memoir, which hits stands March 6, gives us an even more in depth look at his life behind the bow tie and glasses.

Read on to hear what Brad has to say about his childhood, life on Bravo and what every woman needs to wear this spring.

SheKnows: Who inspired you to write this memoir?

Goreski: My fans. I received a lot of interest from people wanting to know the nuts and bolts of fashion and what inspires me. Instead of coming out with another style guide, I wanted to let people see my past and childhood, which really makes me who I am today. I just wanted people to see what I’ve overcome to get to where I am today.

SheKnows: Who did you write for? Who is the memoir dedicated to?

Goreski: The book is dedicated to the powerful women in my life. It’s very much a celebration. I was so lucky to have such great women around me in my small town in Ontario.

Also, writing about my relationship with my dad growing up really opened my eyes to our relationship. I started understanding how he felt when he took me trick-or-treating with me dressed up as Madonna, for example. That’s love. The book really is a true celebration of my family. 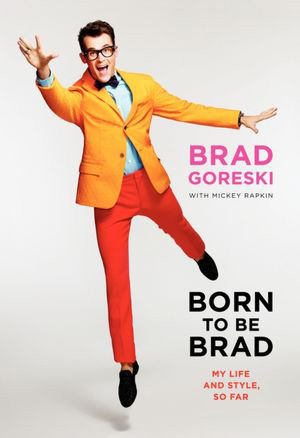 Goreski: We’re OK now. We broke through re-hashing our past. I’ll probably never get to that level where my dad is the person I call when I need to talk because I have other people for that. However, I don’t want to not have a relationship with him. We don’t have to go deep, but I want to be engaged and current in each other’s lives.

SheKnows: What was your boyfriend Gary’s reaction to the memoir?

Goreski: This has been a big year for Gary. He’s so proud of me and has always pushed me to go further. Our relationship again is something that needed to be celebrated. How we met in Greece and how we’re together 10 years later is a message for people. I’m proud of my relationship. I’ve received so many tweets from fans that are so happy to see a successful gay relationship and fans that now believe in gay marriage.

SheKnows: You spoke about a lot of childhood memories in the book. What is your favorite?

Goreski: When I played Oliver in Oliver! when I was 11 years old. I never had the aspiration to do theater, but my friend made me sign up. It was great to be onstage and feel outside of everything and then finding this group of people that accepted me, where I could focus on something positive. The theater kids became my family from 11 years old to 18 years old. My family also got very involved with the community theater, which is one of the reasons why I think my parents stayed together a little bit longer than they probably would have.

SheKnows: Now moving on to your days at Vogue… what did you learn most from working at a major fashion publication?

Goreski: Being organized. I was responsible for 300 pieces of jewelry at a time, so this prepared me for traveling with half a million dollars of Van Cleef diamonds on a press tour, for example. Everything you think isn’t meaningful, ends up becoming the most valuable.

SheKnows: We saw a more inside look at your days at Rachel Zoe’s in the memoir… what did you learn the most working for her?

Goreski: Restraint and patience. So many times I wanted to say something to Taylor [Jacobson] or Rachel, but I restrained. Probably for the best.

Also, staying on top of email as they come in. We got so many emails between the two of us [Taylor and I].

SheKnows: Now just for a little fashion… since we recently finished up with Fashion Week, what was your favorite collection?

SheKnows: Who are your all-time favorite designers?

SheKnows: Finally, where do you see yourself in five years after all of this success?

Goreski: I actually never thought I’d be at this point, so hopefully continuing to work with great people, spending time with my boyfriend and adopting more dogs from the animal shelter.