If all the buzz is true — and it probably is — Apple will unveil the iPad 3 on March 7. Squealing with excitement? You’re not alone. Apple products do that to people. We spoke with an in-the-know tech editor to get the scoop on what we can expect from Apple’s iPad 3. 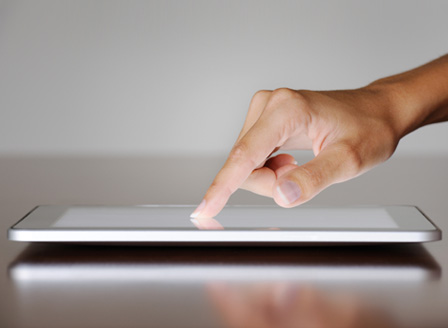 It looks like the Apple iPad 3 is about to hit that market! With rumors circulating that March 7 is the day, we turned to Jennifer Jolly, tech lifestyle editor for tecca.com, the largest female-focused technology site, to give us the scoop. Are the rumors true? What will the iPad 3 have to offer that the 2 doesn’t? And how can you earn some cash on your iPad 2 to buy the new iPad 3?

On Wednesday, Jolly received her invite to Apple’s event, confirming that Apple is holding it at Yerba Buena Center for the Arts in downtown San Francisco on March 7.

“The invite says only, ‘We have something you really have to see. And touch.’ It shows a picture of an iPad,” Jolly describes. “It’s a classic Apple invite when they unveil a new product, versus just an upgrade like the iPhone 4S, which they typically do at their headquarters in Cupertino.”

The price and features of the iPad 3

If you’re wondering how much the new iPad 3 will set you back, Jolly says that Apple typically sticks to its proven price points. She also notes that a rumor is circulating on a Chinese microblogging site, contending that the iPad3 will cost $50 to $80 more than the iPad 2, but Jolly’s uncertain whether the price rumor is true.

As for features, Jolly is anticipating some upgrades:

Will you purchase the iPad 3 on March 7? Let us know in the comments below!

If all of this new iPad 3 talk has you itching to make a purchase, you can cash in on your iPad 2. Jolly says that on Wednesday, she was quoted highest price — $470 — for her iPad 2 at Glyde.com.

Facts about selling the iPad 2:

“Remember to wipe your data before you sell your iPad,” Jolly notes. “There is a quick version (from the device itself) and a longer version (from your computer on iTunes with iPad connected), which will ensure that all wiped data is backed up to your iTunes account for future use.”

Jolly’s tips for making the most on an iPad sale:

Keep up-to-date on the Apple iPad 3 and other tablet info on tecca.com.

More on the iPad