Have you noticed that more and more retailers are adding organic sheets and towels to their bed and bath collections? It’s not just a way for them to jump on the “everything organic” bandwagon — there are great and valid reasons why you should be purchasing sheets and towels that are made from organic fibers, and we’re excited to tell you why! 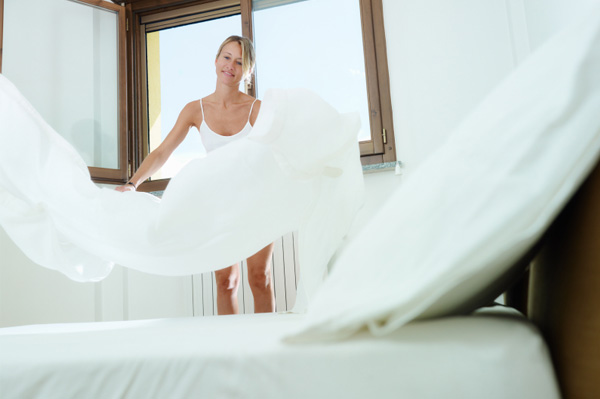 The scoop on organic sheets and towels

In theory, even during those crazy weeks where you’re running from one late-night work session to the next and hitting up birthday dinners and late-night after parties for friends on both nights of the weekend, you’re still spending quality time with the sheets on your bed, at least 30 hours a week, right? And, considering you have already made the commitment to eat organic, why would you even consider spending so much time sleeping on sheets that were manufactured using chemicals that can be harmful to your body?

The upside to using sheets and towels that have been made using these materials is that, just like organic food, the fibers they use have been grown without using chemicals. In addition, bedding often contains additional chemicals, added later in the production process, that helps keep it wrinkle-free, meaning that those chemicals are directly reaching your skin while you sleep.

Yikes! Makes you think twice when you crawl into bed tonight, doesn’t it?

But best of all, organic sheets and towels are actually much softer to the touch and people who have replaced their bedding, especially, with organic bedding, say that they actually sleep better now! “I know it sounds ridiculous, and I feel silly even saying this, but since we switched to organic sheets and pillowcases on our bed, I sleep so much better!” says Jill, a bedding-obsessed SheKnows reader from Chicago. “It’s probably all in my mind, but I feel more rested. Plus, the sheets are so soft and cozy… my husband didn’t even complain about the price tag. He loves them as much as I do!”

Should I be buying them for my home?

Long story short, yes. Switching to organic bedding and towels throughout your home should be on your to-do list and if you or family members suffer from allergies — including skin allergies, such as eczema — making the move to organic linens should be a priority. Kids can also benefit from organic linens and many retailers are even selling crib sheets made from organic cotton.

But, don’t get overwhelmed with this — it’s not like you need to double-bag all your current bedding and towels and burn them in the backyard! Commit to transitioning your household to organic linens. Start with new sheets on one bed at a time. Slowly add in new pillowcases, duvet covers and down-comforters, all of which come in organic alternatives as well.

The one thing about organic linens, as with all organic products, is that they aren’t cheap. However, organic cotton is also durable and wears well, meaning you won’t have to replace these every year. Look at them as an investment — for your home and for your health!

The best of the best organic bath and bedding products 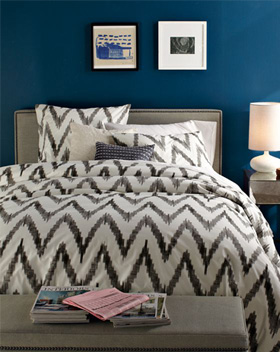 You’re probably worried that buying organic linens means that you’ll be stuck with plain, old boring white or even that weird natural fiber color that never matches anything. But, we’re happy to tell you that many mainstream retailers are now offering organic bedding and bath lines. West Elm has an entire category on their website for Organic Bedding, including this super hip Organic Chevron Duvet Cover and Shams ($24-109). 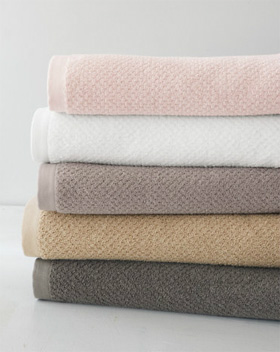 When it comes to some of the top-end organic bedding and bath products, Garnet Hill has you covered. These Eileen Fisher Organic Cotton Spa Towels ($18-68) are some of the most luxurious you’ve ever used and come in a variety of soft, neutral colors to match whatever decor you already have in your bathroom.

How to make your bed super comfortable
Are pillows causing allergies for your family?
Bedroom makeovers on a $100 budget

20 hrs ago
by Summer Cartwright