We see models as these glamorous creatures who show off incredible clothes. However, we’re not so familiar with what it takes to become a model. Read on as Remodeled stars Paul Fisher and Olga Tavarez tell us what it takes to be a model in today’s fashion world. 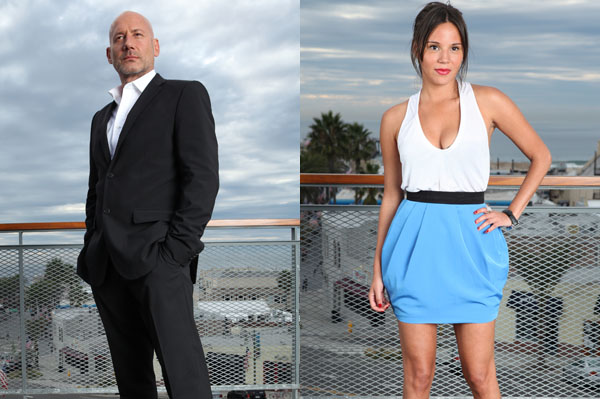 Veteran model agent Paul Fisher wasn’t interested in pursing a reality show when the Sony Entertainment Network approached him a couple of years ago. Fisher — the man behind the discovery of such big name models like Naomi Campbell, Kimora Lee Simmons, Brooke Burke, Monica Bellucci and Carla Bruni — just wanted to work in his modeling agency, The Network, without cameras in his face.

The problem? The Sony Entertainment Network kept asking — and asking. He finally relented, on one condition — the network had to call it a docuseries, rather than a reality show. The company agreed and the show Remodeled was born.

Remodeled follows Fisher and his right-hand woman, Olga Tavarez, as they work with 150 modeling agencies around the country.

“The truth is that the majority of the top 100 models in the industry didn’t come from a Brooklyn or Manhattan zip code,” Fisher told SheKnows. “The models come from these small towns around the world.”

The Network’s stable of modeling agencies manages about 14,000 models around the world and discovers hundreds more each month. Fisher, Tavarez and the team take these kids and mold them into stars. Ultimately, the models are presented to designers like Calvin Klein and Gucci, magazine editors like Vogue‘s Anna Wintour and photographers like Mario Testino.

Not that the process is easy. Fisher and The Network team usually take around a year to prepare models for the industry. The television show cut down the process considerably — to just four days.

It doesn’t hurt that Tavarez, the director of stars for The Network, has worked in both talent management and in publishing as an entertainment editor for V Magazine and contributing editor to Vogue.

“It’s in a kid’s DNA if she’s supposed to be a model,” he said. Naomi Campbell, for example, was born to be a star. Fisher has honed his process, too; he can usually tell if someone has the potential to be a model. “My career allows me to judge models from both sides,” Tavarez told SheKnows. “I have an idea of what an editor looks for in a model and use that to a model’s advantage.”

The Network takes submissions through their website, attracting hundreds of wannabe models each month. With so much competition, how can someone get noticed?

“It’s impossible to create a supermodel anymore,” he said, adding that the majority of magazine covers now feature celebrities instead of models.

Models who create an online following through social media help capture their attention and make them more marketable to retailers.

“Social media is the new currency of the world,” he said. “It can create stars.”

Still, Tavarez said they don’t keep the models guessing — if the agency is interested, they’ll let them know.

“We don’t string people along,” she said.

Catch the season finale of Remodeled on the CW Wednesday night at 8 p.m. EST. The series will also re-air in June.