Nominated for an Academy Award in Best Picture, The Help beautifully captures 1960s Southern style and period decor. We got the scoop from production designer Mark Ricker about inspiration for the set design and his tips for re-creating the look at home.

Related story The Most Stylish Sheer Curtains for a Relaxing Space 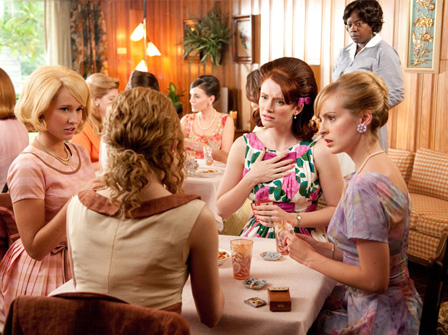 The Help earned Academy Award nominations for Viola Davis (Best Actress), Octavia Spencer (Best Supporting Actress), Jessica Chastain (Best Supporting Actress) and Best Picture. Our hearts were captured by the Oscar-nominated film about race relations and unlikely friendships as we found ourselves transported to the South in the 1960s. The beautiful set decorations in the film enhanced its powerful story, providing viewers with a peek inside Southern lifestyles.

Design inspiration for The Help

Tasked with creating the look behind this period piece, production designer Mark Ricker, whose previous design accolades include Julie & Julia and The Nanny Diaries, first read The Help by Kathryn Stockett to get a sense of what the houses and places would look like. He consulted the New York Public Library Picture Collection (an extensive archive of digitized original images), old copies of popular shelter magazines (especially Better Homes and Gardens) and films made during the period to gather historical references. Ricker was particularly inspired by a book called Under Live Oaks: The Last Great Houses of the Old South by Caroline Seebohm and Peter Woloszynski, which he says “cut to the core of what very lived-in houses of the South actually looked like, with all the history and layers of the people who lived in them. It was the key inspiration for the homes of Skeeter and Celia.”

The houses of the main characters were shot in Greenwood, Mississippi, and were designed to reflect each woman individually. “We worked so hard to give each place its own distinction, and tried to be true to the character that lived there” says Ricker. “Our office was literally covered with all the wallpapers, fabrics, fringes, tassels and photos of each piece of furniture all organized on the wall according to character and set, so we knew how each set was coming together visually and ultimately how the entire film would flow.”

While Ricker and his set decorator Rena DeAngelo found the majority of furniture and decor from local antique shops and stores like Russell Thomas Antiques, they also found items from an unlikely source—the homes of local Greenwood residents! In an interview by SET DECOR, DeAngelo recounts how residents literally opened up their homes to her, letting her use furniture and even family photos. She was even given access to a local department store that had been closed for 30 years and was completely intact with decorations, fabrics, blinds and signs. “That store was a gold mine,” she says. 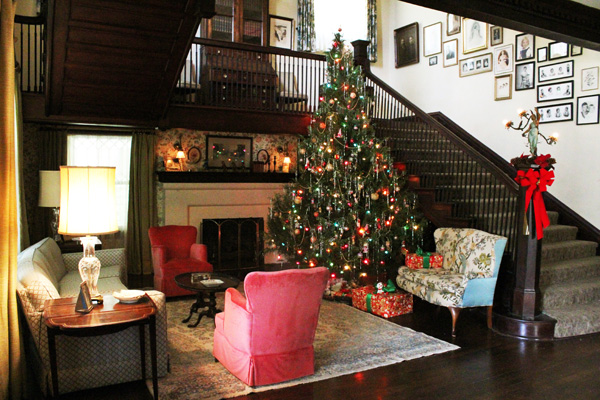 Skeeter Phelan’s family home was a rambling antebellum farmhouse. According to Ricker, since Skeeter’s mom was a third runner-up beauty queen, “there would have been a certain sense of decorum she brought, but it was still a living/working house—with ‘help,’ obviously.” The place feels lived-in and comfortable with a combination of antiques, floral prints and family photos throughout the house. 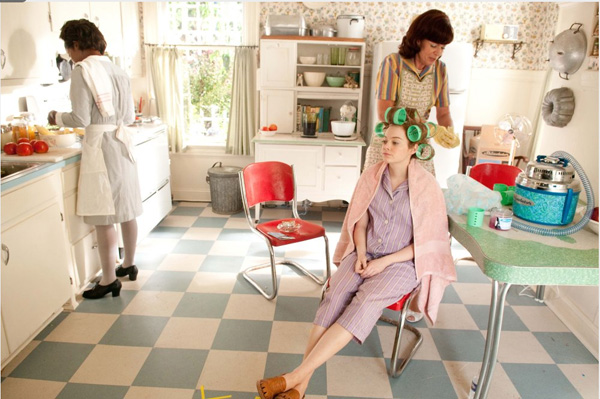 When Skeeter’s mom busts out the Shinolator to help straighten Skeeter’s unruly curls (oh, what we do for beauty), we get a glimpse of the kitchen with the fantastic blue-and-white linoleum flooring and matching blue countertops. The room pops with color from the mint-green table (matches the Shinolator rollers!) and vibrant red chairs.

Up next: Celia and Hilly‘s homes >>

38 mins ago
by Tamara Kraus