Is your dream to be on Broadway? Well, the designers on this week’s Project Runway All Stars stepped off the runway and onto the stage with a special Godspell challenge. On this week’s recap as your own Project Runway guru, I will again take you behind the scenes of the show to dish on this episode’s jaw dropping moments, to die for designs (and messes for that matter) and cat fights of the night (let’s be real — my favorite part). Ladies, why don’t you grab a cocktail and strut down the runway with me. 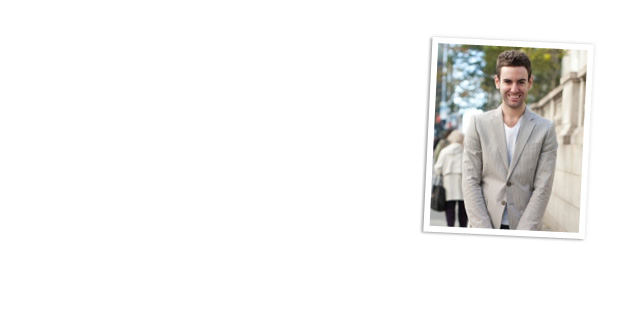 Welcome to my life as a runway guru… well Project Runway guru, that is. Each week I’ll be taking you behind the scenes of the show’s new “All Star” edition as SheKnows’ resident style guy to dish on this season’s jaw dropping moments, to die for designs (and messes for that matter) and cat fights of the night (let’s be real — my favorite part). Ladies, why don’t you grab a cocktail and strut down the runway with me.

Dazzle. Shine. Strut. If there’s something I love more than fashion, it’s theater, so naturally I was more than ecstatic when Angela announced “Broadway Week!” When the legendary Stephen Schwartz stepped onto the Godspell stage to give the designers their challenge, I literally gasped for air. Even better… when he announced the winner of this Project Runway All Stars episode would have their look featured in the show, I died. That’s basically like a dream come true for me. Their challenge was to design a “rich” look for Uzo Aduba’s character.

Kenley’s original design looked very intriguing and appeared to be my initial favorite with her brocade fabric. It looked very rich and the perfect direction for this challenge. (Note: When I saw her final design, my opinion definitely changed.) 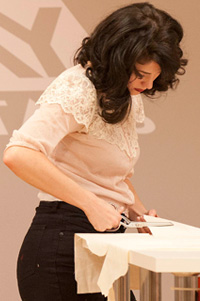 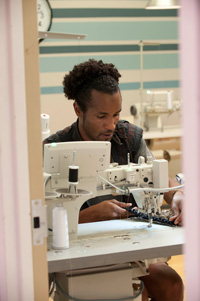 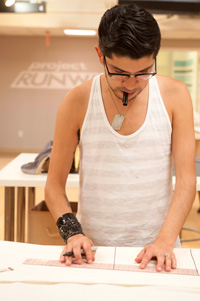 When Joanna entered, she was just as concerned with Kara’s design as I was. I mean, the design really looked like an unfinished mess and not necessarily what she needed to do to win the challenge. Not Broadway-worthy, anyway. Joanna’s one sentence summed up the look perfectly: “This is not as ambitious as you need to be to be an all star.” Although, I will say I did feel bad when Kara started to cry… sad face.

During the last few minutes of the workroom time, a catfight finally broke out. Finally! Jerell broke Mr. Porcelain’s sewing machine and then pushed him around a bit… nothing better than a little ruffling of the feathers before the runway. Jerell then proceeded to say less than nice comments about Mila’s look. I guess he was the “queen biatch” of this episode, and let me say, I like it.

The winner? Mondo. His design really looked expensive and well-made. Perfect for this challenge! My winner? The same! The loser? Kara. While I do think Mila’s look was much worse, someone had to go. Good luck, Kara!

My predicted winners after this week’s episode: Mondo or Michael

See you next week!