Whether real or fake, it was all about the fur on the runway at Pamella Roland’s 2012 New York Fashion Week show. Not to mention, Maria Menounos made her runway modeling debut since she’s such a big fan of the designer.

With a fashion line inspired by Aspen, Colorado, it’s no surprise that Pamella Roland has such a big celebrity following. The high-end designer told us that her fall 2012 line at New York Fashion Week reflects her love of the A-list winter hotspot; the luxe fabrics definitely proved her point.

Hollywood’s favorite actresses must agree, as they are all devoted fans of the designer. From Kristin Chenoweth to Maria Menounos, a lot of lovely women showed up to support Roland during Mercedes-Benz Fashion Week. 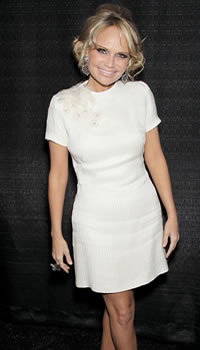 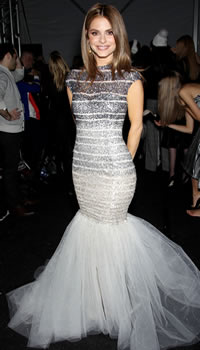 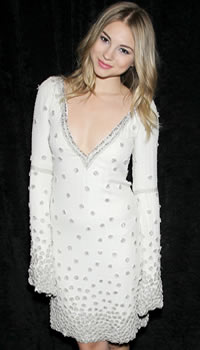 “She makes beautiful clothing,” said Menounos. “I’ve worn her many times. I always describe my style as sexy, classy and I feel like she designs clothes for that style.”

The Extra reporter is such a big supporter of Roland that she was asked to model one of the most gorgeous gowns in the fall line. With an uncharacteristic smile, Maria tossed out a few waves as she rocked a long silver sequined dress down the runway.

But it wasn’t just the big names at the show that wowed on-lookers; the woodsy theme and a bright red “little riding hood” fur coat also drew major attention. 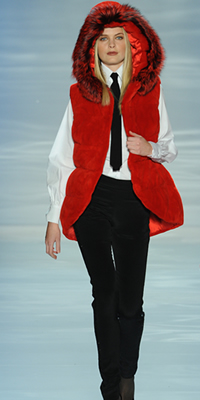 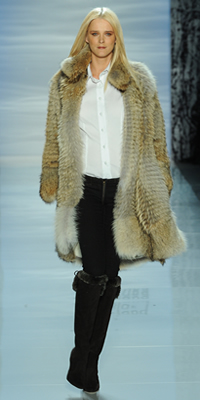 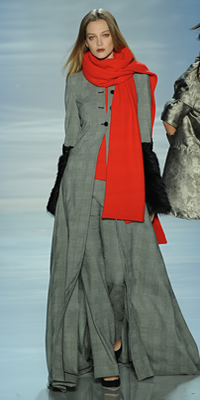 “It’s Aspen, you have to wear that,” Roland told us. “We have fur and faux fur. It’s going to be hard for you to tell the faux from the real. It’s that good.”

And it was that good… we still don’t know the difference!