We know, we know: We must take the bad with the good. The 2012 Grammy Awards gave us some incredible looks, but these starlets have us shaking our heads in disgust. 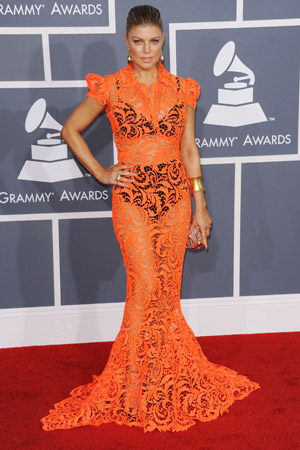 We appreciate that Black Eyed Peas front woman Fergie went all bold for the 2012 Grammys. However, this sheer lace monstrosity by Jean Paul Gaultier is just a mess. At least she wore underwear, right? 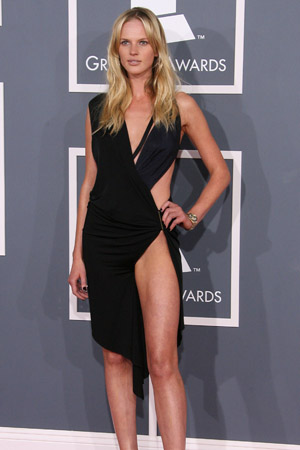 Maybe we’re just mad that Victoria’s Secret model Anne V. is dating Adam Levine, but we’re really not digging this dangerous black dress with slits up to there. Pretty sure we can almost see her vajayjay… and though we’re sure it’s great, we just don’t need to see it, thanks. 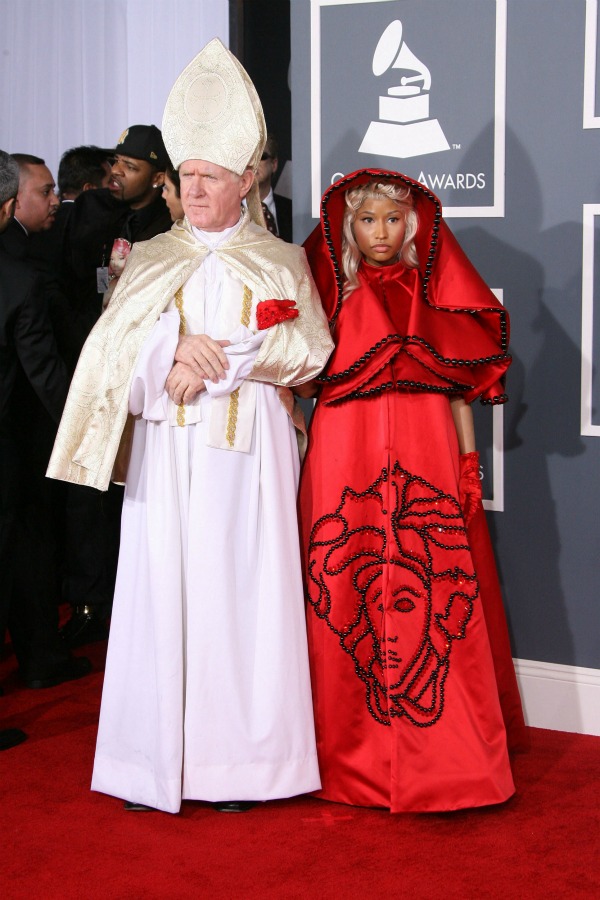 We get that Nicki Minaj is trying to be a serious performance artist with this getup. Hello, Nicki? Yeah, Lady Gaga wants her shtick back. Her Little Red Riding Hood-esque Versace cape was bad enough… but a fake Pope as her escort? Totally lame. 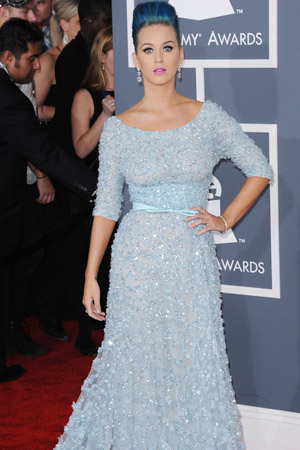 Katy Perry totally slammed ex-husband Russell Brand with her Grammy Awards performance. She even wore her blues on her sleeve (get it?) with her blue hair and blue Elie Saab dress. All she actually achieved was the crazy grandmother look. Not hot, Katy. 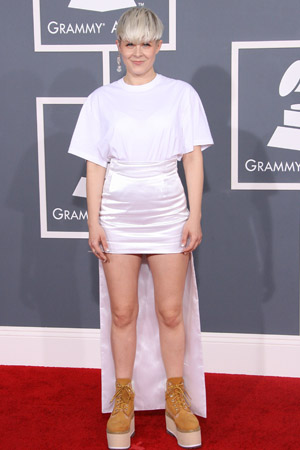 We really miss Swedish singer Robyn’s “Show Me Love” days of the late ’90s. The Robyn of the 2012 Grammy Awards looks like she got dressed in the dark with her asymmetrical mini dress and platform combat boots? Yeah, we don’t get it.

Who was your pick for worst dressed at the 2012 Grammy Awards?