The 2012 Grammy Awards are in the books and it was a pretty intense show because of Whitney Houston’s sad death on Saturday. Still, the red carpet before the show was all about the outfits. Who wore their gowns the best? Plenty of the usual suspects! 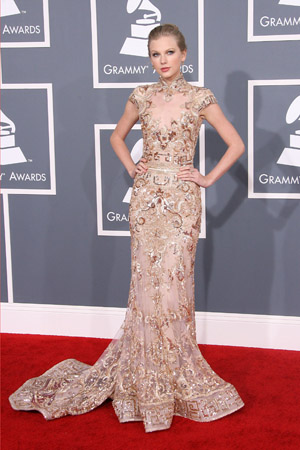 We’re absolutely loving Taylor Swift‘s more mature side — especially because she’s embracing haute couture. This dress by Zuhair Murad has all the things the pretty songstress loves: Sparkles! Shine! We love it too, even though she looks a bit too unhappy on the red carpet. 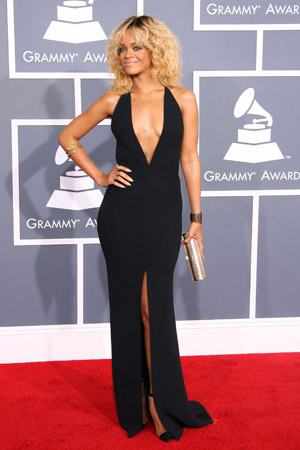 Rihanna looked more than a bit miserable on the red carpet at the Grammy Awards. And that hair? Just, no. However, she does look incredible in her Giorgio Armani dress with gold accessories — it really warms up her skin tone. 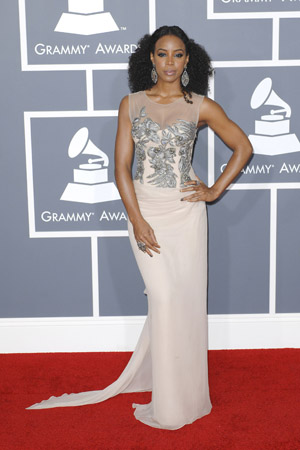 Dang! Former Destiny’s Child singer Kelly Rowland looks insanely good on the red carpet. This peach-toned Alberta Ferretti gown hugs her body in all the right places — and we’re loving the Lorraine Schwartz jewels that she paired with it. 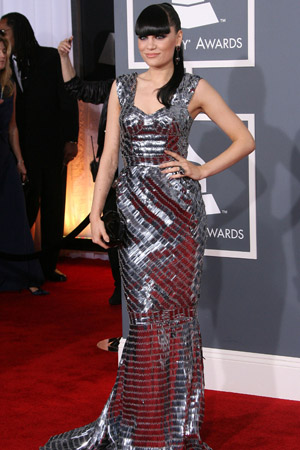 “Price Tag” singer Jessie J usually looks like she fell into a paint can when she hits the red carpet. Not this time! The British singer looks absolutely glam in this Julien Macdonald fishtail gown. Sure, it’s shiny enough to make her happy, but it’s also understated enough to make us happy. Win-win, right? 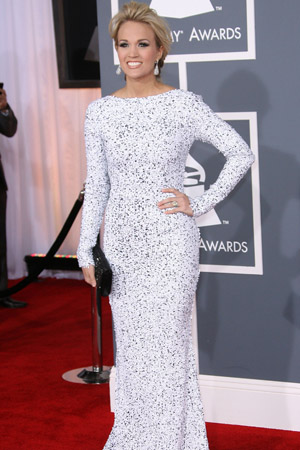 Who took home your award for best dressed at the 2012 Grammy Awards?