Each day of Mercedes-Benz New York Fashion Week 2012, the SheKnows Beauty team is bringing you a new designer spotlight of the day… Ralph Lauren is an exquisite, tasteful designer who has brought us many of the trends that we see today. Read on for a look into the man behind the posh clothing. 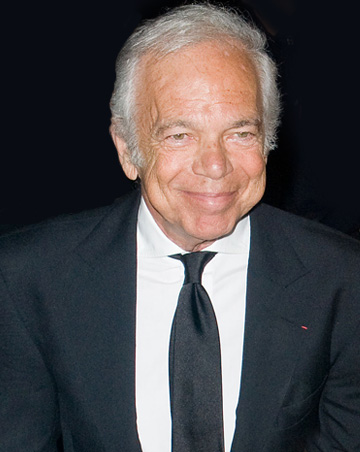 Ralph Lauren is a classic vision of timeless, American style. While we all know of his signature Polo brand, Lauren boasts many other labels that fall under the Ralph Lauren empire. The Ralph Lauren Purple Label, Ralph Lauren Collection, Black Label, Blue Label and Rugby are just a few of his many collections that bear his namesake, or at least part of it.

Besides his flawless influence in the fashion world, Lauren has also been acknowledged for his innovative initiatives in sports marketing, website and mobile technology and his signature cinematic advertising campaigns, as well as his retail concepts.

Lauren has accomplished many, many things throughout his 42 years of design and being a cutting edge globally-known business leader. The fact that he’s built a multibillion dollar global brand over those years is a huge accomplishment within itself. In June of 2000, Lauren was one of the first designers to be inducted into the Fashion Walk of Fame.

In June of 2007, The Council of Fashion Designers of America awarded him the first ever American Fashion Legend Award. Following those two major honors, in 2009 he received the inaugural CFDA “Popular Vote Award.”

Whether the elite designer is channeling a New England coast look or Old Hollywood glamour element into his collections, he’ll always be one step ahead.

Ralph Lauren was actually born Ralph Lifshitz in The Bronx, New York. Lauren attended Salanter Academy Jewish Day School growing up and then graduated from DeWitt Clinton High School. When he was 16 years old, Lauren’s brother Jerry, who was his guardian, changed their last name to Lauren to avoid the explicit reference it had in English.

Lauren later revealed to Oprah that other children would make fun of him when he was younger because of his last name, so that’s why he decided to change it.

Ralph Lauren has been married since 1964 and has three children: Dylan, David and Andrew.