Each day of Mercedes-Benz New York Fashion Week 2012, the SheKnows Beauty team is bringing you a new designer spotlight of the day… Tory Burch is a highly influential brand for a luxury lifestyle and we’re here to share her story. 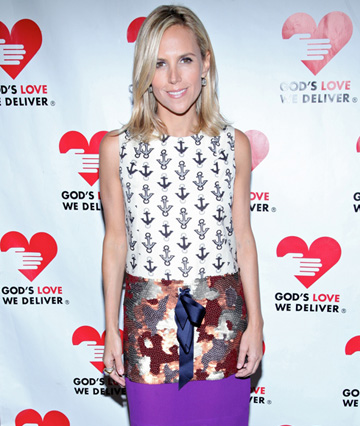 Born and raised in Valley Forge, just outside of Philadelphia, Tory Burch started her design career by graduating from the University of Pennsylvania with a degree in art history. She then headed over to the Big Apple straight out of college to pursure a career in fashion.

Following her big move to New York City, she had the opportunity to work with big fashion house names such as Ralph Lauren, Vera Wang and Narciso Rodriguez.

In February of 2004, Burch launched the Tory Burch line, which included multiple categories such as ready-to-wear, shoes, handbags and jewelry. A year later, her line was endorsed by Oprah Winfrey as Winfrey included two Tory Burch items in her Oprah’s Favorite Things list. After that, her popularity skyrocketed. She also designed her flagship boutique in New York City to look and feel more like a room in her own home. In 2009, she launched an eyewear collection and partnered with the Luxottica Group.

Growing up, Burch was an avid tennis player and rode horses while at the Agnes Irwin School, which is an all-girls non-sectarian day school for students pre-kindergarten through senior year of high school.

Burch’s inspiration comes from her parents Buddy and Reva Robinson. Though she had a somewhat posh upbringing, she embraces the culture in life and draws inspiration from her love for art, music and travel, which is largely reflected in all of her collections.

Celebrities such as Blake Lively, Cameron Diaz, Jennifer Lopez, Uma Thurman and many more can be seen wearing her designs on any given day.