Each day of Mercedes-Benz New York Fashion Week 2012, the SheKnows Beauty team is bringing you a new designer spotlight of the day… find out all about BCBGMAXAZRIA and the man behind the brand. 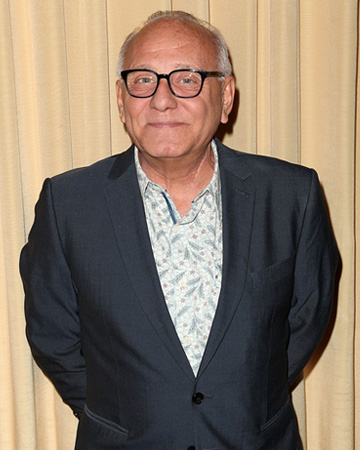 The French designer and chairman and chief executive officer of BCBGMAXAZRIA, Max Azria, incorporates feel-good pieces with stark fashion. The brand dons the French phrase “bon chic, bon genre” which is Parisian slang for “good style, good attitude” and that’s exactly how you feel when you wear one of Azria’s brilliant pieces.

Azria broke into the Los Angeles fashion scene when ladies and celebrities got word of his tasteful designs followed by affordable price points. His collection is an assortment of carefully crafted and designed swimwear, dresses, leather goods, handbags, watches and more.

Azria’s wife and muse, Lubov, joined the BCBGMAXAZRIA team as creative director in 1991. Since then, the brand has grown and evolved into a celebrity wardrobe must-have. Stars like Kristen Bell, Dakota Fanning, Vanessa Hudgens and many more have pronounced their favoritism for the line.

Azria also has his own line, Max Azria, which he debuted during New York Fashion Week 2006. His vision for his own line included creams, neutrals, clear-cut lines and structure. He also acquired the French couture design house Hervé Léger, which showcases seductive yet sophisticated bandage cut dresses, skirts and tops that are ready-to-wear.

Azria’s BCBG line is the definition of European sophistication with American spirit. So it’s safe to say that Max Azria knows what he’s doing when it comes to being a business mogul, as well as a fashion expediter.

Because Max Azria hails from France, BCBGMAXAZRIA is a globally known brand with over 550 boutiques all over the world including Paris, London, Tokyo, Hong Kong and, of course, the United States. You can also purchase the brand at all major department stores such as Nordstrom, Neiman Marcus, Bergdorf Goodman, Saks Fifth Avenue, Lord & Taylor and a few others.

8 hrs ago
by Jessica Arnold