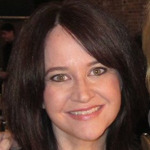 New York City is one of the world’s fashion capitals, and an urban paradise for anyone who loves shopping and spa treatments. With New York Fashion Week quickly approaching, what better time than the present to plan a glamorous getaway to the Big Apple? 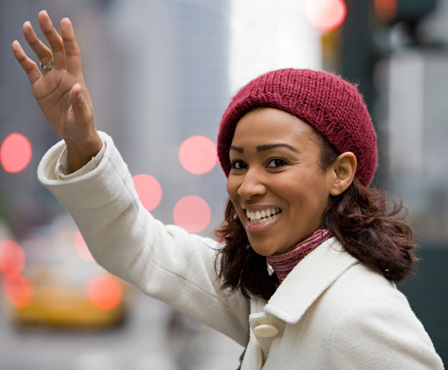 Get ready to get glamorous, girlfriend. With a little planning, you can live it up in the Big Apple just like the jet-set crowd, emerging from your getaway looking just as fabulous as the runway models and editors who attend New York Fashion Week. Not sure where to go, espcially when there’s a nail salon on every corner in this city? Here’s a list of our best picks for everything from your face to your feet, literally.

Don’t be surprised to see Martha Stewart or Oprah Winfrey at the celebrity-coveted Mario Badescu Skin Care salon. The legendary Midtown East salon, whose star-studded fans also include Jennifer Aniston and Liv Tyler, is known for their skin-perfecting facials (which are surprisingly affordable, starting at $65).

Owner Jin Soon Choi of Jin Soon Hand & Foot Spa is a fixture backstage at New York Fashion Week, overseeing the nails on the models at some of the hottest-ticket shows in town. You can get runway-ready nails too at one of the celebrity manicurist’s three eponymous NYC salons. Not only will your nails look prettier than ever (you can choose from her enormous polish selection including top designers like Givenchy, Chanel and Nars, to name a few) but the hand and foot massages are divine. Manicures start at $23 and pedicures start at $45.

Everyone is treated like a star at Mark Garrison Salon. At the Midtown East salon (conveniently located steps away from Bloomingdale’s), owner Garrison and his talented staff tend the tresses of models, editors, celebrities and locals. For your visit, expect to emerge with flawless color and expert cuts crafted with scissor-sharp precision. Cuts start at $55 and color starts at $65 (more for senior-level technicians).

Who knew your feet could feel so heavenly? Angel Feet Reflexology is where Sarah Jessica Parker goes for her hour of me-time. One visit to this Greenwich Village reflexology paradise and you’ll know why. The serene environment takes no more than a few appointments at one time while expert therapists work every inch on your feet — leaving you feeling like you’re walking on clouds. A 30-minute reflexology session is $75.

It sounds so pre-recession, but are those credit cards ready? You’ll need them — unless window shopping is more your calling. The Meatpacking District, which runs from West 14th Street to Gansevoort Street, draws countless stars, models and fashion-industry types to its roster of glossy stores. Think Catherine Malandrino, Diane von Furstenberg, Jeffrey and more. Need more of a fashion fix with wallet-friendly prices? Head to Soho, where you’ll find big-name stores like H&M, Uniqlo and AllSaints (amid high-end designers like Derek Lam and Burberry).

It’s not surprising that the Empire Hotel, made famous on Gossip Girl, is also known as the “Chuck Bass” hotel. The swanky hotel gets our pick for its plush lobby, delicious cocktails, fabulous people-watching and proximity to Lincoln Center, the hub of Fashion Week. Rooms start at about $200 per night.