Just when we were getting Katharine McPhee’s rendition of “Somewhere Over the Rainbow” from American Idol out of our heads, she hits the silver screen again tonight with the Broadway-inspired series Smash on NBC. We had the opportunity to preview the first four episodes of this mesmerizingly juicy show last week—meaning, we drooled over McPhee’s perfectly curled brown locks the entire time. Using her new ‘do as inspiration, we recap our favorite (and least favorite) McPhee hairstyle looks. 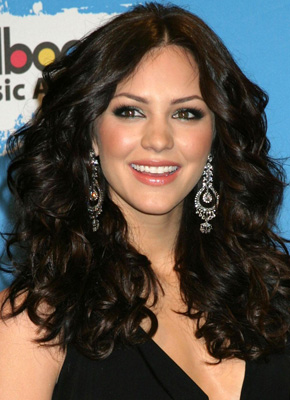 McPhee first stole our hearts on season 5 of American Idol in 2006 when she debuted her long and wavy brunette hairstyle. She really couldn’t have looked more star-worthy and made us envious of not only her talent, but also her perfect locks. 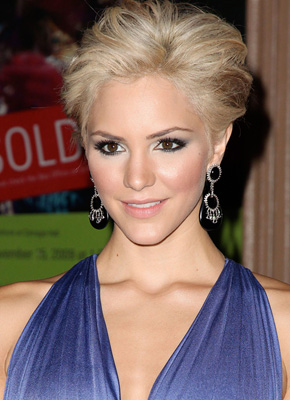 In 2009, McPhee showcased a shockingly new short blonde hairstyle as she prepared to release her second album. She actually almost seemed unrecognizable to us at this time. While we always adore new styles in fun colors, the hairstyle was just a little too extreme for her fair complexion. She rocks a brunette look much better. 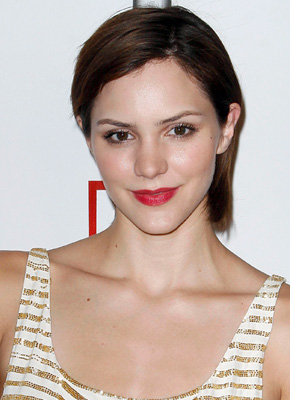 Last year, the Smash diva stepped out with a slightly darker brunette look creating that ultimate sultry hairstyle we all dream of having. The new color perfectly highlighted her light complexion. Plus, she looked like heaven on earth when she added a bold red lip to the look. 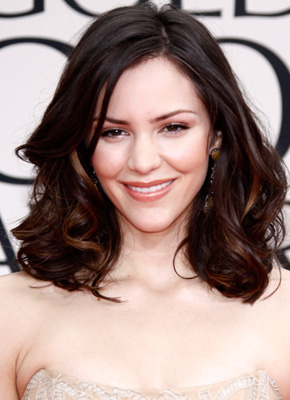 Even before the premiere of her new show, McPhee looked like a true shining star when she walked the red carpet at the 69th Annual Golden Globe Awards last month. Her brunette hair with touches of caramel highlights glowed with her Donna Karan dress. We hope she keeps this hairstyle for a long time.

Katharine McPhee: Smash is way different than Glee
Which American Idol alum got a gig on a TV drama?
Katharine McPhee stops by The Voice to promote Smash

5 hrs ago
by Leah Melby Clinton