We have an amazing problem when it comes to the fashion at the 2012 Golden Globe Awards: There were so many amazing looks! Celebrities really stepped up their game for the Globes this year — and we’re drooling over every dress! 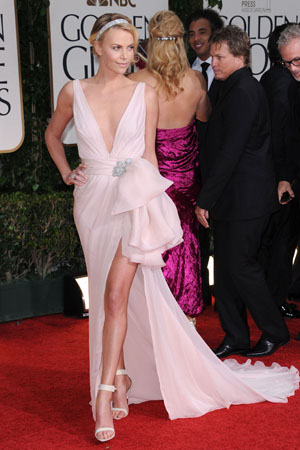 Charlize Theron wins our pick for best dressed of the night, hands down. The Snow White and the Huntsman stunner picked a pale pink dress from Dior for the show, complete with a plunging neckline and mile-high slit. Our favorite part? Her sparkly headband. Love, love, love! 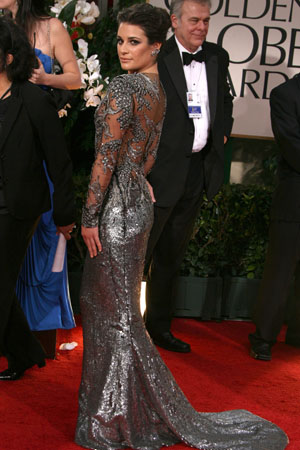 Glee’s Lea Michele is really earning a reputation as a fashion maven. The Golden Globes was no exception with her dramatic Marchesa gown.

“Such an amazing night! Thank you to Marchesa for designing this gorgeous dress for me for tonight!!!” she tweeted after the show. We thank you too, Marchesa. 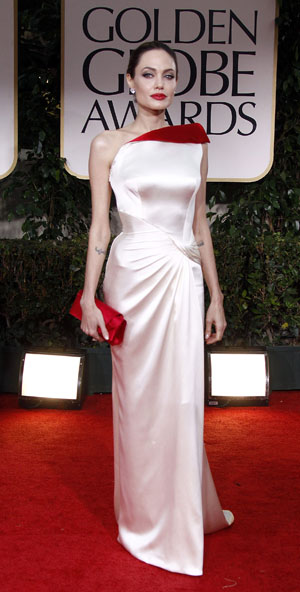 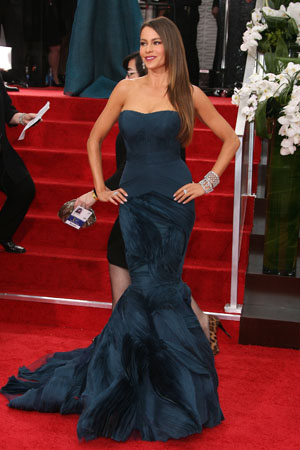 Modern Family actress Sofia Vergara took a caliente turn on the red carpet with a curve hugging Vera Wang gown, complete with over $5 million in jewels from Harry Winston.

Vergara admitted that she worked out twice a day to get her sexy curves in shape for the gown.

“I like dresses that zip and they close,” she told E! “I don’t have to have long fittings to transform them to my body.” 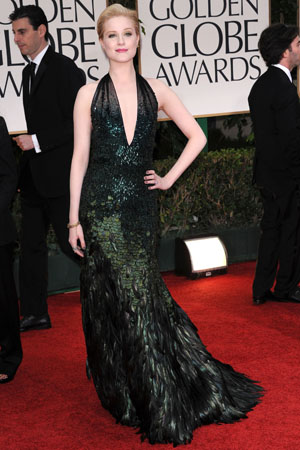 Guy Pearce actress Evan Rachel Wood wowed us with her green Gucci Premiere gown and soft makeup. We’re loving the simple look on the 24-year-old stunner, a welcome departure from her gothic preferences. 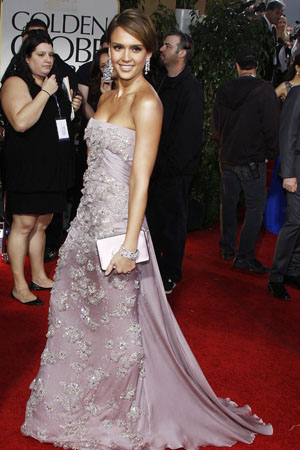 It’s seriously not fair that women like Jessica Alba exist. The actress wowed in a Gucci gown at the Golden Globes — and look at that body! We’d never guess she just had a baby a few months ago if we didn’t already know. 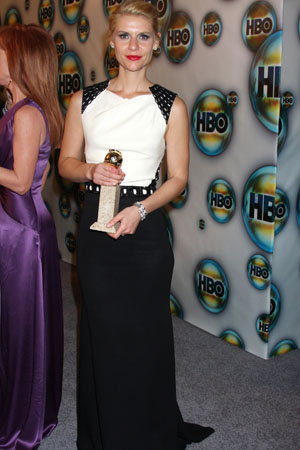 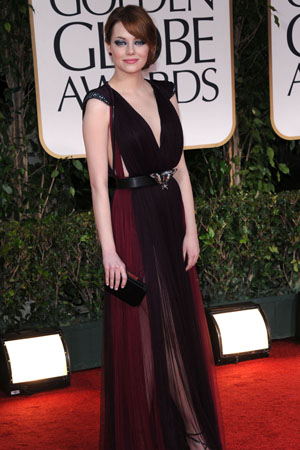 The Help actress Emma Stone completely redeemed herself after a disastrous People’s Choice Awards pantsuit with this dramatic gown from Lanvin. Thank you for getting back to your stylish self, Emma. 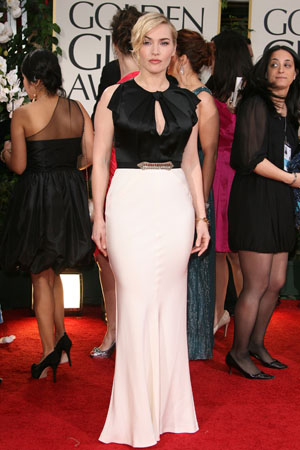 Kate Winslet always manages to please us with her red carpet choices. This time, the British stunner chose a black and white Jenny Packham gown for the red carpet. We. Love. It.

Our only beef? She looks incredibly angry. Lighten up, Kate! 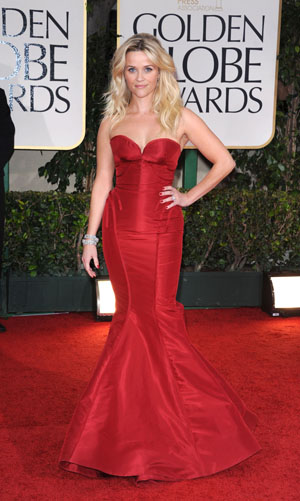 Marriage to Jim Toth is really agreeing with Reese Witherspoon. The Oscar-winning actress stepped on the red carpet wearing this red Zac Posen dress. Some critics slammed her choice of gown, but we think her confidence — matched with her beaming smile — is worthy enough of a best-dressed honor.

Which dresses were your favorites at the 2012 Golden Globe Awards?