Remember the hot jock back in high school who was always sporting his uniform? Or the nerdy class president who’s still wearing the same stuff he owned sophomore year? Some things never change. We tracked down a couple of stylists to get the ins and outs on what your guy’s style says about him. 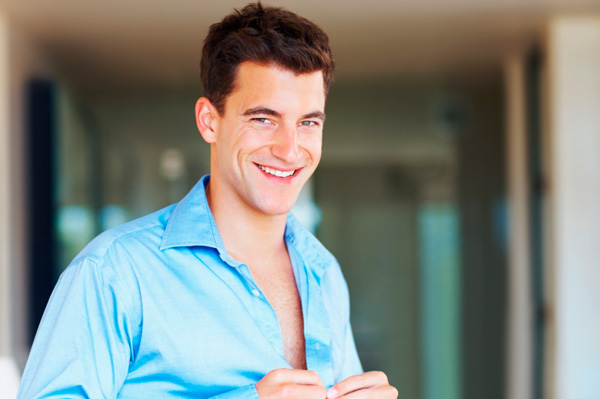 We all know this guy. He was the star of the football team then, and now he’s signed up to play in every league imaginable — that, or he’s just always at the gym. Either way, this guy loves athletic wear. Think gym shorts, sports team tees, muscle tees, etc. He’s probably healthy and fit, but that’s not enough, says LA-based wardrobe stylist Sam Russell. “If this is how he shows up to a date, dump him fast!”

This guy’s a total hipster. He’s always on his own time and loves being the first to introduce an obscure new indie band to all of his fedora-wearing friends. “Hipsters generally want their hair to be clean but look dirty, and being late for them is no big deal,” says Michelle Jeremias, a Chicago-based wardrobe stylist. They love ironic tees and skinny jeans, and you’ll often find them riding their bikes (or skateboards), dancing in the middle of a park, doing something artistic or simply shopping at a flea market. “For the hipster, it’s all about being different.”

More than likely, he’s a nerd. He’s probably walking around in the same dated fashions as always, and he couldn’t give a hoot about shopping — but he’s probably rolling in more dough than the rest of your high school class combined. (Mark Zuckerberg, anyone?) Then again, he may very well be an uber-chic geek. “A lot of thought usually goes into this look; unpretentious is sexy,” says stylist Sam Russell.

His frat days may have come and gone, notes Jeremias, but the preppy man typically wears the same uniform his entire life: polos, khakis, loafers and collared shirts. “These men are uncomplicated and like being in their comfort zones. My clients who are preppy like to be clean-shaven and have a fresh haircut at all times. The preppy man is generally close with his family and is more on the conservative side,” she adds. “He may like to play golf or some other leisure sport. And while he’s probably not the most adventurous man in the world, he definitely means well.”

In high school, he was all about business, and now he’s the CEO of a major Fortune-500 company. This guy’s definitely doing well for himself and typically can be spotted around town in his tailored suit, dress shoes and nice tie. “He takes the time to pull it together,” notes Russell, “which means he’ll probably take just as good of care of you.”

The next Brad Pitt

This guy’s got style. He isn’t afraid to take a fashion risk and, at times, may even compete with his girlfriend, says Jeremias. “This type of guy is adventurous and has as many clothes in his closet as a woman might have. He likes the highest-quality designer brands and loves to go shopping,” she adds. “More than likely, he is extremely successful and great at his job. You can usually find many men of his breed walking the streets of New York City.”

What does your guy’s style say about him? Share in the comments section below!

More tips for your man