When it comes to certain fields, men sometimes make up the majority. Engineering is one such area. However, Lisa Drake has never let her gender stand in the way of her career aspirations. As the chief engineer for Lincoln, she’s blazing the trail for women — especially young women — who want to pursue their dreams. 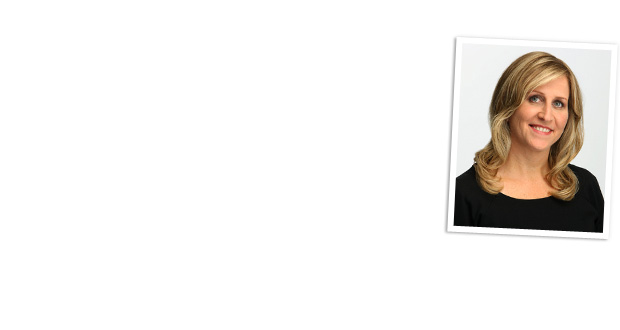 You can do anything you put your mind to

When it comes to certain fields, men sometimes make up the majority. Engineering is one such area. However, Lisa Drake has never let her gender stand in the way of her career aspirations. As the chief engineer for Lincoln, she’s blazing the trail for women — especially young women — who want to pursue their dreams.

Lisa Drake, chief engineer for the Lincoln division of the Ford automotive company, shared her aspirations, career path and professional successes with SheKnows. If you’ve ever thought about a career in a field traditionally dominated by men, keep reading for inspiration. Drake sees her gender as a nonissue, instead focusing on her skills and experience.

SheKnows: You’re a woman in a field with a strong male presence. What does that feel like?

Drake: To be honest, I don’t notice it. I grew up on a street with mostly boys (and had a younger brother by two years) and went to college at Carnegie Mellon University for engineering, where it was mostly male students in the curriculum, so operating in an environment with a significant male presence isn’t anything unique for me. It just feels great to know that if you develop your skill set with the right experiences and craft your leadership behaviors the right way, gender doesn’t matter.

SheKnows: You’re young for the position you hold, in terms of both responsibility and seniority. Does your age affect or factor into your job?

Drake: Sure it does. And in a good way. I’m developing a new vehicle right now that is aimed at a target customer whose demographics are very similar to my own: young, educated females in professional positions whose purchases (everything from furniture to clothing to cars) are influenced heavily by design and quality craftsmanship.

This allows me to draw on my knowledge of this market as well as my own personal preferences as they relate. Not all decisions are guided solely by data — if they were, most of us wouldn’t get paid to come to work and help be the visionaries for things “not yet uncovered.”

SheKnows: Regarding your education and career track, did you always know you wanted to go into engineering, and specifically with a vehicle company?

Drake: I actually started at Carnegie Mellon as a biology major, thinking I would go to medical school. In my freshman year, I gravitated towards the physics and pure math classes, and less to the chemistry and biology courses. After the core freshman classes, I decided to move into engineering as my new chosen field. I picked mechanical, since I was still interested in the medical field, and decided to also get a minor in biomedical engineering.

I had multiple interviews and offers my senior year, but there was only one company I wanted to work for after I had made all of the site visits, and that was Ford. I couldn’t believe how large a community just Dearborn, Michigan, alone was, with the Ford family of buildings and support suppliers/partners, etc. It seemed like every building I passed from the airport to my hotel had a Ford logo, or had some sort of automotive sign/technology displayed. For some reason, I just knew that this is where I wanted to work.

SheKnows: Was it difficult to get here, and what was it like going to school and pursuing a major that is predominantly male?

Drake: I can tell you that I had a rude awakening in college. I wasn’t challenged much in high school, so it was easy to do a lot of things — play sports, be on student council, run the yearbook — and get good grades. My first semester at CMU, I got a C on one of my midterm reports. I couldn’t believe it. Never saw that letter before. So I skipped the Thanksgiving break and studied for four days, 24 hours a day straight. I asked the professor for all of my options on what I could do extra to help improve my grade.

Long story short, I turned that C into an A by the time the semester ended. It taught me that I could do anything if I put my mind to it and if I was proactive in asking questions about options, not assuming that “nothing else can be done.” I use that methodology every single day at work.

Reaching for the stars

SheKnows: What unique challenges do you face as a woman in your field?

Drake: I don’t feel that I face any challenges because I’m a woman. I would say, however, that because there is only so much free time outside of work, my personal priorities don’t lie in rebuilding or racing cars or things of that nature. Because of that, I’m not as versed in the cooler talk around NASCAR races, tinkering with vehicles, etc.

SheKnows: What advice can you offer young women about following their dreams and reaching their career goals?

Drake: Whatever you want to do, just try it. And if it’s not what you thought it would be, make a change. I recently gave some advice to a relative of mine, a young woman, 21 years old, who can’t decide what she wants to do long-term in life and therefore isn’t taking any college courses at all because she doesn’t want to “waste money” on something if she’s not sure about. I told her that we call it “paralysis by analysis.” Sometimes, you just need to take the plunge and try something. You’ll be surprised how much you learn from just trying something that helps you take the next step.

Sheknows: How do you balance your family with a demanding and rewarding career?

Drake: I am married, and we have a son, Ian, who is 8 years old. I was very lucky in that my husband, Mike, brought him with him when we got married, so I got a two-for-one. Balancing career and family is a challenge for many. I find that everyone has their own way of managing it, and there isn’t any one particular scenario that is right.

I could go into the tiniest of details that allow me to stay balanced and efficient (like never opening an email and reading it without actioning it right on the spot — otherwise they just build up to a pile for later).

Then there are sweeping things that allow me to balance everything (like super-advance planning and organization, such as purchasing all birthday/occasion cards for an entire year at once, so there’s never an errand for something like this). Keeping errands to a minimum allows me to spend more quality time with my family on the weekends and the few evening hours a week. And the cleaning lady is a luxury which has now become a life-saver!

Did you pursue your career goals? What challenges have you faced along the way?