Ever wonder what Madonna smells like? We haven’t either. We’ll find out soon, though – the iconic singer is releasing a new fragrance! 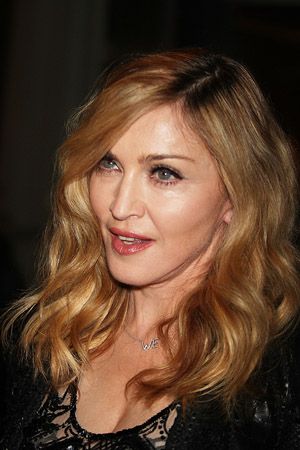 It seems like this is the career path for every star these days: Get famous; make lots of money; release fragrance; make more cash.

There’s one major name missing from the list, though: Madonna.

Madge came up in the industry back in the day when celebrities could only rely on their albums and touring to make beaucoup bucks. Things are a’changin’ though – the mother of Lola and connoisseur of all things glam is making her own fragrance.

“I have always been obsessed by fragrance and for years wanted to create something personal that was an expression of me but that other people could relate to as well. Something honest, and yet daring, hence the name Truth or Dare,” Madonna told Women’s Wear Daily of her fragrance, calling Truth or Dare (what else?)

Her partner in the venture – Coty – describes the scent as a “signature floral fragrance. Its unique blend of narcotic florals, balanced with addictive woods and vanilla, creates a scent that is timeless, yet contemporary, simultaneously dark and light. The bottle plays up the Truth or Dare duality – a classic and sophisticated shape, with modern and edgy detailing.”

“[Truth or Dare] will be designed to showcase the duality of her image, a power icon intertwined with feminine beauty,” WWD wrote after the singer announced the collection. The perfume is up first, followed by accessories, shoes and handbags that target women ages 27-50.

Why older women? Well, mama Madonna realizes she can no longer keep up with the fashionistas of today. Instead, she leaves the trendsetting to her daughter, 14-year-old Lourdes Leon.

“I am boring basically. [Lola] reminds me of me when I was younger. She just goes for it and tries different things. It doesn’t look like she thought too much about it,” Madonna told Billboard last year.

“That is how I used to be, but after years and years of everybody commenting on the way I look and dress and being photographed, one starts to become self-conscious and starts to plan things more. You end up judging yourself more, what looks good and what doesn’t.”

Will you check out Madonna’s perfume?

43 mins ago
by Justina Huddleston