The most beautiful Muppet of them all is stepping back into the spotlight with a black belt in fashion. 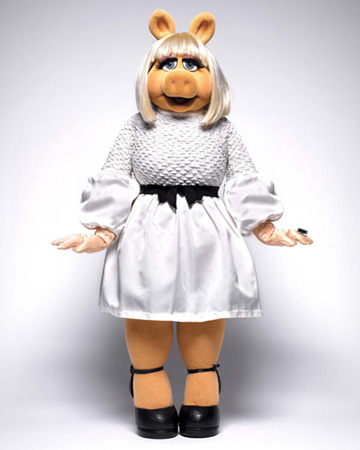 The most beautiful Muppet of them all is stepping back into the spotlight with a black belt in fashion.

Miss Piggy has belted out just as many tunes in her singing career as karate punches in her relationship with Kermie. But let’s not forget the fashion. The Muppets are hitting the big screen again and Miss Piggy has been stepping out in style. 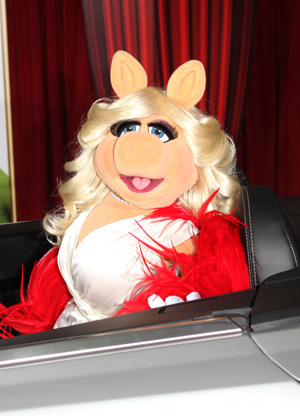 The beauty is in the wig

In the latest Muppets movie, Miss Piggy plays the plus-size editor for Vogue, and while it’s too early to tell if she runs a tight ship, it certainly seems necessary to say a few words on Miss Piggy’s life in fashion. At The Muppets movie premiere, she told SheKnows her secret to looking fabulous, “It’s all about the wig.”

We think it might also have something to do with being dressed by designers who define high fashion. SheKnows caught wind of her November fashion spread in InStyle magazine. She reveals her favorite designers as Opening Ceremony, Prabal Gurung, Suno, Brian Atwood, Giles & Brother and Jason Wu — all of who dressed her for the InStyle fashion photo shoot. “And if there are any other designers out there,” she said, “Hey! Make me glamorous and you too can be on Moi’s list.”

You can expect to see Miss P. wearing classy Chanel suits and sitting on the high end of fashion at runway shows like Michael Kors. Shown here is Miss Piggy wearing Prabal Gurung in InStyle.

The glow she has about her isn’t just about good threads though. At The Muppets movie premiere, the confident Miss Piggy told SheKnows a wedding would happen queuing that things are on track with her and Kermit. 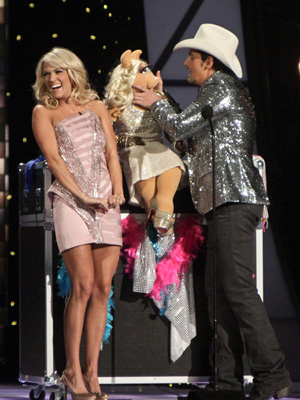 In response to InStyle‘s inquiry about Lady Gaga’s faux frog coat, “Only Moi has the real Kermie draped around her neck.”

Speaking of sexy, stylish things to drape around your neck, Miss Piggy admitted Kermie wasn’t the only apple of her eye. “It don’t mean a thing if you ain’t got that bling,” Miss Piggy sang in her InStyle interview.

The star also made an appearance on the stage of the Country Music Awards with Brad Paisley and Carrie Underwood. She gave Carrie a run for her money in a dress that sparkled and accessorized with shoes that stole the show.

More on the Muppets