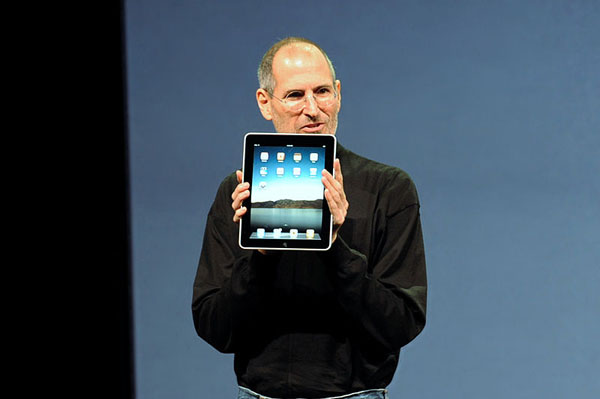 Apple’s Steve Jobs had a remarkable affect on the lives of millions of people with his innovative creations and outside-the-box thinking. His death Wednesday at 56 had a profound impact on Apple fans around the world. However, he didn’t just inspire his fan; tech industry peers also have much to say — good and bad –about the man who helped usher in the computer revolution.

Microsoft founder Bill Gates was Jobs’ competitor, though both tech entrepreneurs had a lot in common and “grew up” in the industry around the same time.

“Steve and I first met nearly 30 years ago, and have been colleagues, competitors and friends over the course of more than half our lives,” Gates wrote on his website Wednesday afternoon.

“The world rarely sees someone who has had the profound impact Steve has had, the effects of which will be felt for many generations to come. For those of us lucky enough to get to work with him, it’s been an insanely great honor. I will miss Steve immensely.”

Steve Wozniak was Jobs’ co-founder in Apple Computer and the two shared a strong — yet rocky — friendship over the years.

“I’m just totally awestruck, a bit shocked, a bit surprised,” Wozniak, 61, said in an interview today with Bloomberg Television Asia. “I did not expect it. It felt a lot like you just heard that, you know, John Lennon got shot, or JFK, or Martin Luther King.”

“He was one of those cool guys,” Wozniak said. “He knew technology, he understood it. We talked about the philosophies of the day — the counterculture was strong, the hippie movement, words in songs — and went to concerts together.”

“I got to watch the whole growth in him,” Wozniak said. “Coming from a young kid to starting a company and having success and trying to find ways to manage things and have his own control and power. Going off from the company, coming back very learned, knowledgeable about how to watch the operations.”

Facebook founder Mark Zuckerberg looked up to Jobs as a mentor.

“Steve, thank you for being a mentor and a friend. Thanks for showing that what you build can change the world. I will miss you,” Zuckerberg wrote on his Facebook page Wednesday night.

Google’s co-founder said he owes a lot to Jobs and his creations.

“I am very, very sad to hear the news about Steve. He was a great man with incredible achievements and amazing brilliance. He always seemed to be able to say in very few words what you actually should have been thinking before you thought it,” Page wrote on Google+.

“His focus on the user experience above all else has always been an inspiration to me. He was very kind to reach out to me as I became CEO of Google and spend time offering his advice and knowledge even though he was not at all well. My thoughts and Google’s are with his family and the whole Apple family.”

Page’s Google co-founder agreed with him on Jobs’ impact on the technology world.

“From the earliest days of Google, whenever Larry and I sought inspiration for vision and leadership, we needed to look no farther than Cupertino. Steve, your passion for excellence is felt by anyone who has ever touched an Apple product (including the macbook I am writing this on right now). And I have witnessed it in person the few times we have met,” he wrote.

“On behalf of all of us at Google and more broadly in technology, you will be missed very much. My condolences to family, friends, and colleagues at Apple.”

What will you remember about Steve Jobs?