We all like channeling the looks of our favorite celebs and Halloween is a great excuse to take it to the extreme. We’ve got the tips for playing up your favorite celebrities’ signature looks this holiday. 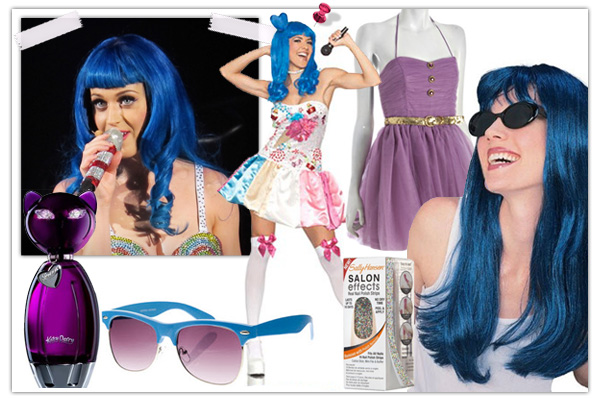 Since Katy Perry seems to be more and more inspired by candy in her day-to-day wardrobe, her style is a match made in Halloween heaven. From candy bras and Hershey Kisses to electric hair, the superstar’s style should be a piece of cake to recreate for whatever parties you might be attending. A blue wig will pull together any crazy clothing items you come across for a KP themed costume.

When it comes to accessories, these sunglasses are right up Katy’s alley, not to mention they’re a nice addition to the electric blue wig. Hit your local drugstore up for Sally Hansen’s Salon Effects nail stickers — get some in glitter and your Katy costume is half done.

We sought out some different dress options: One that’s affordable but not so wearable, and another that’s not so affordable but totally wearable in your everyday wardrobe. Take your pick of either the California girl costume dress or the Betsey Johnson lilac tulle dress. 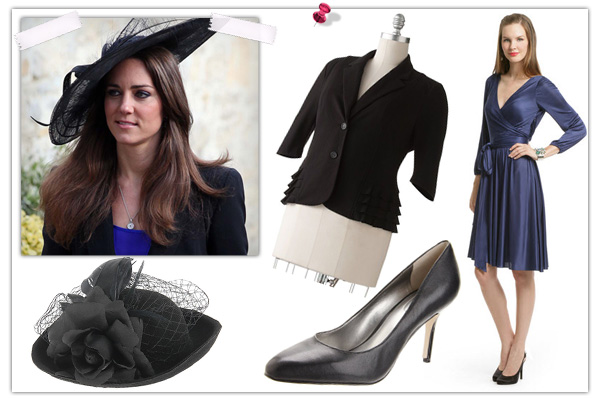 Sure, there were mixed feelings about the Duchess’ wedding gown when it debuted on national television — some thought it was too simple and some thought it was just classy enough — but everyone was on the same page when it came to the royal blue Issa dress that Kate wore the same night she debuted Diana’s engagement ring on her own ring finger. In fact, if you want an exact replica of the dress, we wish you luck. It sold out just hours after the now Duchess of Cambridge announced her engagement in it.

While you can’t get a hold of the original Issa dress, we found a similar style from Rent The Runway. From there, a simple black blazer, a classic black pump and a royal-approved hat will pull together your Kate Middleton costume.

Up next: The Kardashians >>