Competitors of Amazon’s new Kindle Fire continue to feel the burn. Best Buy just announced a new — and much lower — price tag on the HTC Flyer. 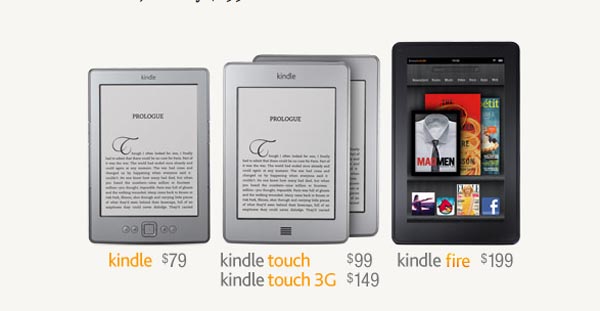 Amazon announced its new Kindle Fire last Wednesday, surprising many by pricing it even lower than anticipated. The result: The competition is warming up. PC Mag reports that Best Buy announced a major price reduction to the HTC Flyer. As of Saturday, Oct. 1, the HTC Flyer is selling for $299. That’s a $200 reduction from the previous price of $499.

The HTC Flyer is a seven-inch tablet with 16 GB of memory. It operates on the Android 2.3 Gingerbread Operating System. And clearly, it’s now cheaper because of the Kindle Fire. The new price applies to HTC Flyer purchases from Best Buy’s website, its regular stores and Best Buy Mobile Standalone stores.

When rumors began circulating that the new Amazon tablet was launching soon, the price estimates fell in the $250 range. However, when Amazon held its press conference last week, the $199 price tag was a pleasant surprise.

The new Kindle Fire, which sold over 95,000 units during the initial 24 hour period following its release, is available for preorder on Amazon.

Tell us: Do you think it’s possible that the Kindle Fire, cited as the only tablet thus far that might present reasonable competition to the Apple iPad, will continue to cause price drops on similar devices? And do you plan to purchase a Kindle Fire?