Amazon is set to unveil its new tablet on Wednesday — according to tech rumors — and Apple might have reason to worry. The new Amazon tablet will be much cheaper and possibly very popular because of Amazon’s music and video services. 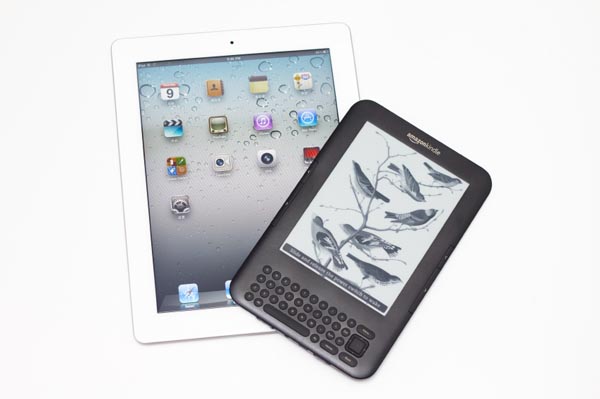 Word on the street — or the ‘net — is that the Apple iPad is about to face its biggest competition. At the beginning of September, Tech Crunch shared news of the Amazon tablet, supposedly called a Kindle. It’s a seven-inch tablet with a full-color touch screen and the price will be just $250. While nobody has actually seen a photo of this elusive Amazon tablet, a Tech Crunch writer was given the opportunity to view it.

Amazon’s tablet is likely to be popular among users because of Amazon’s music and video services that are just a touch away. “[T]he key for Amazon is just how deeply integrated all of their services are. Amazon’s content store is always just one click away,” writes Tech Crunch.

Analysts are certain that Amazon will unveil its new tablet on Wednesday, as the company invited media to a press conference in New York, but gave no details about the purpose. “Wednesday is tablet day,” BGC partners analyst Colin Gillis said to Reuters.

Many are speculating that Apple is anticipating a drop in sales. Fox News noted that Apple “has reduced orders from Taiwanese manufacturers for new Apple iPads by as much as 25 percent, according to a JPMorganChase analyst cited by Bloomberg.”

>> Apple iPhone rumor: Will it debut in October?

Tell us: Will the new Amazon tablet present some healthy competition for the Apple iPad? Will you purchase one?