Our favorite Upper East Siders are back in action just in time to show off their frivolous and fashionable fall looks. The season 5 premiere of Gossip Girl airs Sept. 26 on the CW. Check out the outfits this season has in store and see if your favorite GG character makes the fashion cut (like, duh).

The last we saw of this blonde beauty was when she was showing off her already-tan skin in Malibu just hanging out there for the summer fitting in some alone time. Though, she did get an internship offer from Hollywood director, David O. Russell, so we’ll see where the Southern California breeze has taken her. Her season 5 outfits do look rather beachy-chic… 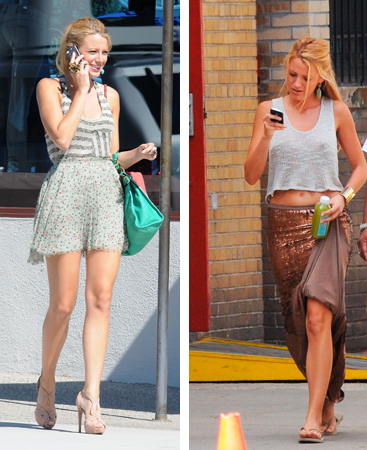 This doe-eyed waif was last seen jetting off to Monaco with her prince in tow. But, wait, what was up with that positive pregnancy test we saw in her trash can? Is bad boy Chuck or her perfect prince the father? Guess we’ll have to wait for the season to play out for the answer to that question. Blair looks poised and impeccably put together, as always, in the upcoming season. 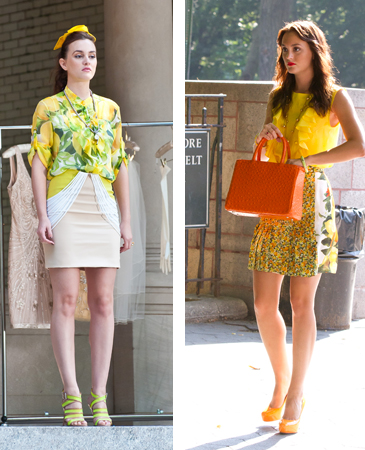 When we last left Chuck on the season 4 finale, he was planning an international-single-bros vacay with Nate. Wonder where they went? Though we saw Chuck’s finger land on a random spot on the globe, we never got word of their planned whereabouts. As for season 5, it looks like Chuck has relaxed his style…so not like him. 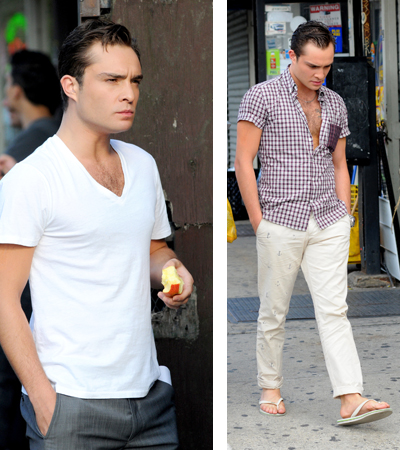 Nate took off with fellow off-and-on-again bestie Chuck Bass. Where did they go? We still don’t know. But those two together are a sight for sore eyes, so we’re sure they wreaked havoc and broke some pretty girls’ hearts in the process. We heard he gets involved with one hot British cougar this season… 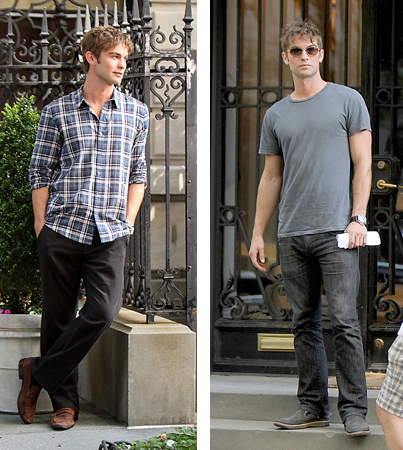 Lonely boy has taken flight with Eric and they enjoyed some brotherly-love time in the Hamptons, with the house all to themselves. Before they can become total besties, Eric leaves for Sarah Lawrence to start college, so what’s lonely boy to do? Well, remember how Vanessa sold his secret story? I’m sure we’ll see that pan out in season 5. Humphrey’s style has us confused as he’s looking dapper and then shabby-chic. What’s going on? 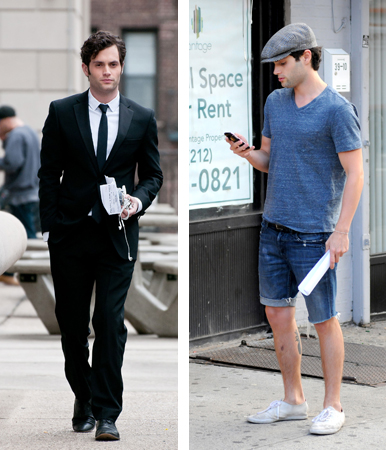 Though we’re not sure of Elizabeth Hurley’s name in her upcoming appearance on Gossip Girl, we’re pretty sure Nate clings right to her. As we already know, he’s a magnet for those hot, feisty cougars. We can’t wait to see what gorgeous Liz Hurley has in store for us this season, and we know she’ll look fantastic while doing it all over the Upper East Side. 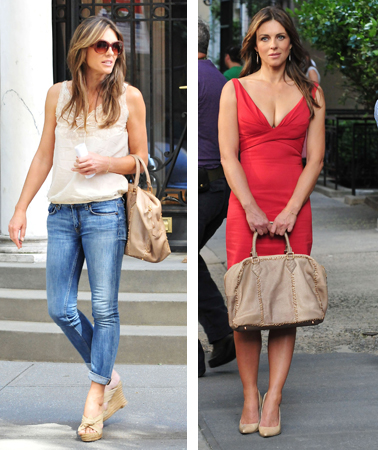