Can Kanye West make it as a legitimate fashion designer? We’ll find out tomorrow during his show at Paris Fashion Week. 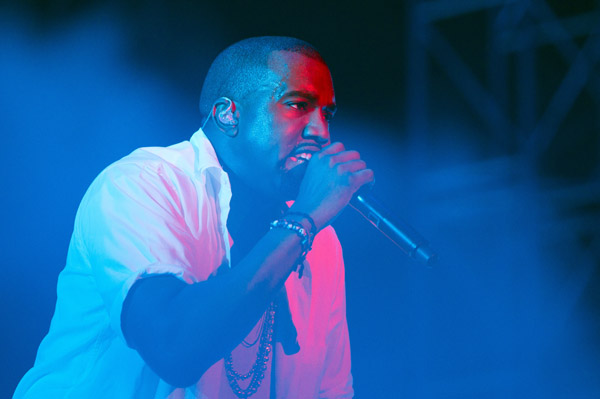 Tomorrow’s the day we’ll find out if Kanye West’s womenswear line is a real thing. The rapper and fashion lover is scheduled to show off his line — reportedly named Dw Kanye West after his late mother, Donda West — on Oct. 1 at Paris Fashion Week.

The line has been the subject of much speculation and confusion over the past several weeks, mostly because West refuses to grant press requests to talk about it. However, sources have told international fashion magazines that the line is definitely in production.

“Kanye was in fairly often (for all the fittings) [he] was very nice and polite and talked knowledgably about shape etc. but was prone to changing his mind a lot — in fact the whole process was slightly excruciating as there were SO many opinions that it took forever to get anything done,” a source told UK Grazia Daily.

However, the source also added that he’d be surprised if it was finished in time for the official show, though invitations were sent out to fashion’s elite. Why? Mostly because West has a hard time making decisions and keeps changing what he wants.

The collection is reportedly “based on Samurai, with lots of sporty garments, but in luxury fabrics, with embellishment, embroidery — Japanese stuff — gold chainmail, that sort of sports-luxe thing, and unsurprisingly, lots of hoods, baseball/biker jacket shapes…”

However, the line is also described as “extraordinarily expensive; some of it is virtually unproduceable.”

We think if anyone can make it work, it’s West. He’s a known perfectionist with his music — and it looks like that’s transferring to his fashion.

West is as serious about his fashion as he is music, too. The superstar spent time interning for both Gap and Fendi.

“He works all the time, and one Friday night recently, he stayed until 12 am. He’s learning the fashion business from the inside and trying to do it quietly ” a source told New York Magazine when he interned for the mass retailer.

He worked with Fendi in Japan after his infamous stage crashing incident at the 2009 MTV Video Music Awards.

“After the MTV thing I moved to Japan for three weeks so I just didn’t have any paparazzi, then I ended up moving to Rome and I was interning at Fendi. Every day, going to work, walking to work, getting cappuccinos…!” West told radio DJ Angie Martinez in 2010.

“I want to and will be the real thing. I will not just be a ‘celebrity designer.’ [Expletive] has to be good!!!” he said.

Sounds like that’s exactly what he’s trying to do.

Would you wear clothes by Kanye West?