The new season of Glee premieres tonight and like any loyal Gleek, we’re pretty excited. And you can bet we were glued to our TV the other night, tuning into the Emmy Awards to see what the show’s leading ladies were wearing. To celebrate the start of the show’s third season, we’ve rounded up a few of the best red carpet Emmy looks from Glee’s stars.

McKinley High’s resident meanie swapped her tracksuits for glam gowns for her gig as host of Sunday’s Emmy Awards. Lynch donned four David Meister dresses over the course of the evening and started off the night on the red carpet with a custom strapless aubergine chiffon dress. 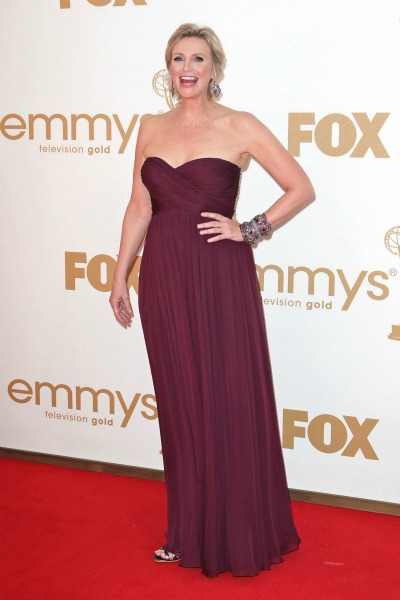 Glee club’s powerhouse voice is used to being the center of attention onscreen, and the red carpet is no different. Michele worked the cameras in her chic red Marchesa dress, one of many red gowns on the carpet. 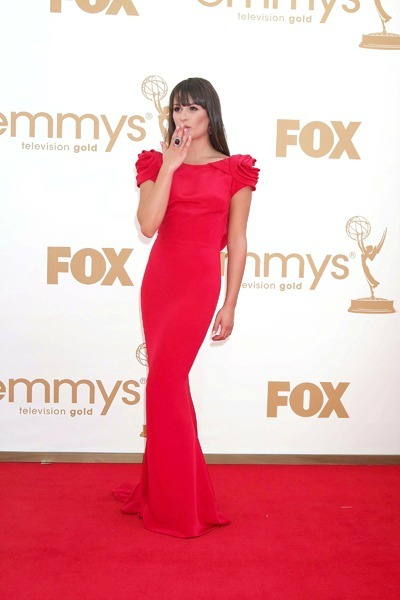 Agron accessorized her high-necked, cobalt blue Roksanda Illincic gown with plenty of bling. Fred Leighton jewels and a Roger Vivier clutch complemented the sheen of the vivid gown, and the actress rocked her newly short locks with pride. 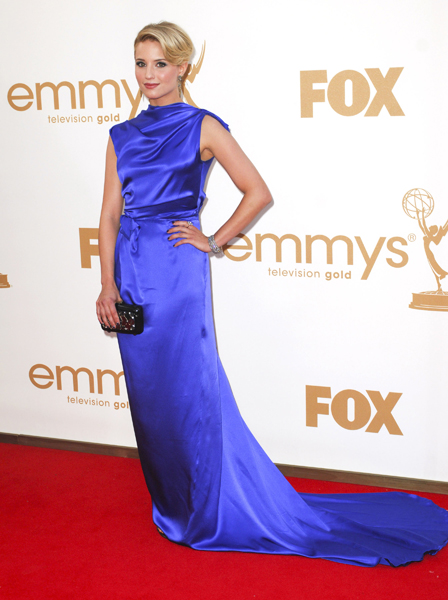 Glee club’s bad girl looked pretty nice on Sunday. Rivera’s elegant black gown emphasized her curves in all the right ways, her hair added a bit of an edge to the look and her makeup was simple, yet sophisticated. 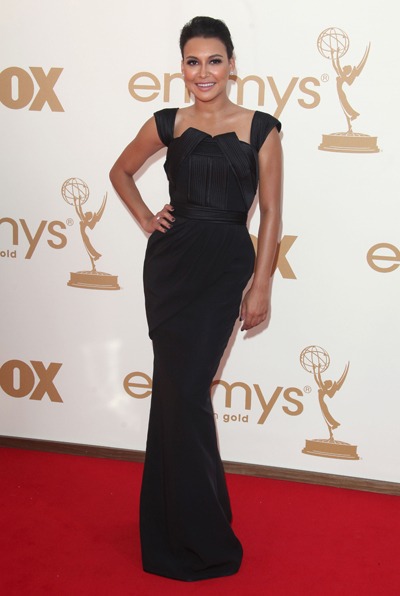 We think Riley’s character, Mercedes, would be pretty pleased with her choice of red carpet attire. The ruched lavender gown was feminine and flowing, but it certainly didn’t lack bling, and had detailed trim along the shoulders and bust. 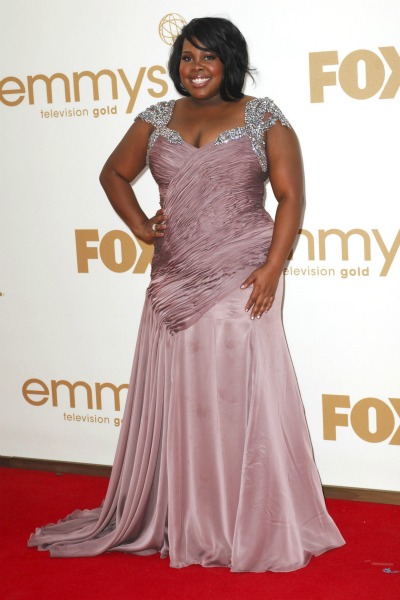 Top 10 best dressed at the 2011 Primetime Emmy Awards
Get Emmy looks from your favorite characters
Love it or hate it: Christina Hendricks’ Emmy dress